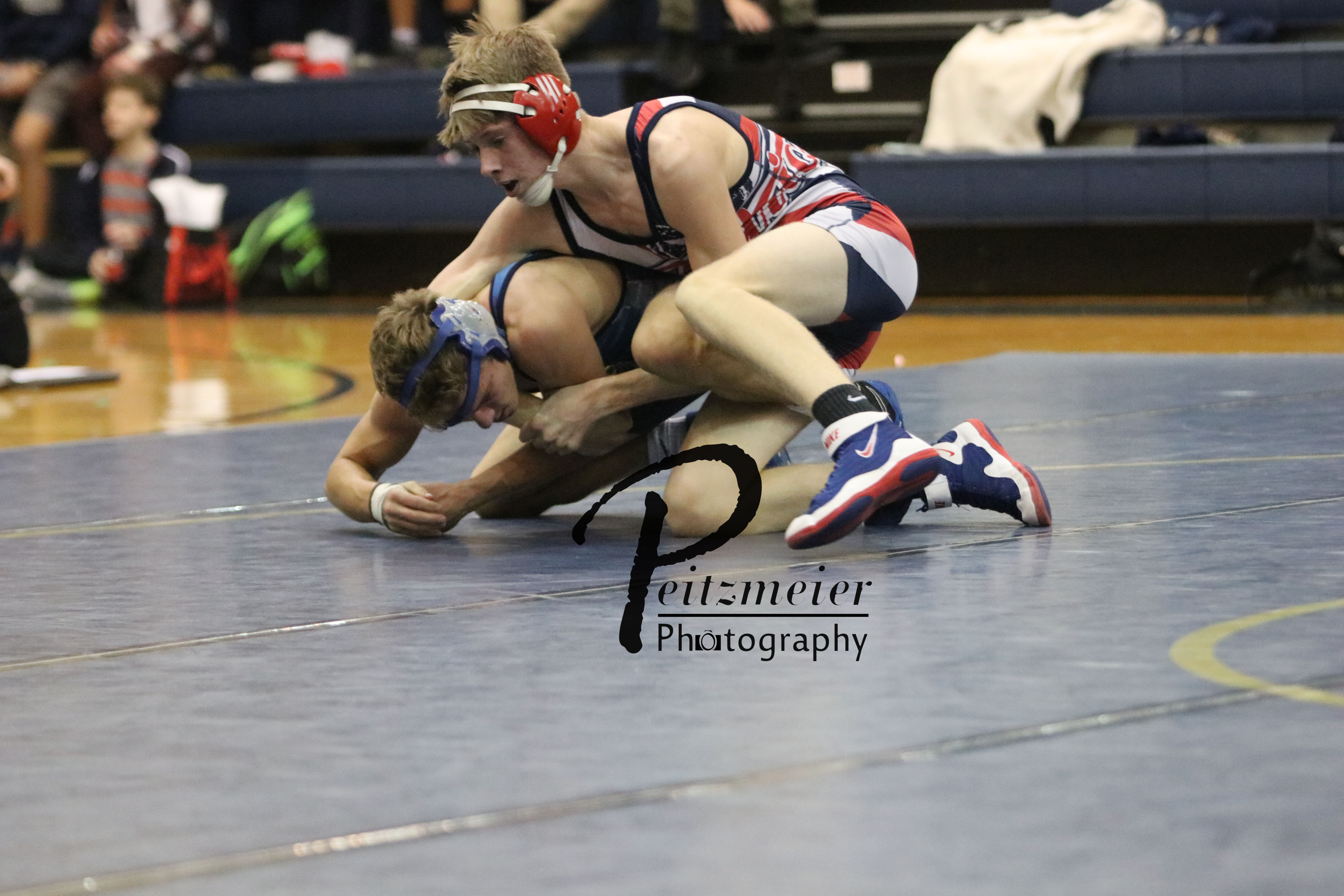 On Tuesday, December 5th, the Patriots traveled to Elkhorn South to take on the Storm in a head-to-head dual.  It would serve as Coach Olson’s first dual as a head coach.  Before the start of the dual, Coach Olson said, “I am pretty nervous about how the kids are going to perform tonight.  We have been practicing hard for weeks, and it’s going to be fun to see how well we match up against Elkhorn South head-to-head.”

Coach Olson had nothing to worry about.  The dual started at 132 pounds, and Alex Vacha came out in a fury, and pinned Nick Groth in the second period.  The Patriots would not look back!  The Patriots would record nine pins and three decisions (plus a forfeit) and would cruise to their first win of the season 69-6.

After the dual, Coach Meneely had this to say about the team’s performance.  “I think the kids were a little nervous to start because of the crowd in the gym.  Wrestling in duals is different than wrestling in tournaments.  In a tournament, a match might get lost in the shuffle because there is so much going on around the match.  During a dual, all of the attention is on you.  I don’t think the guys disappointed!” 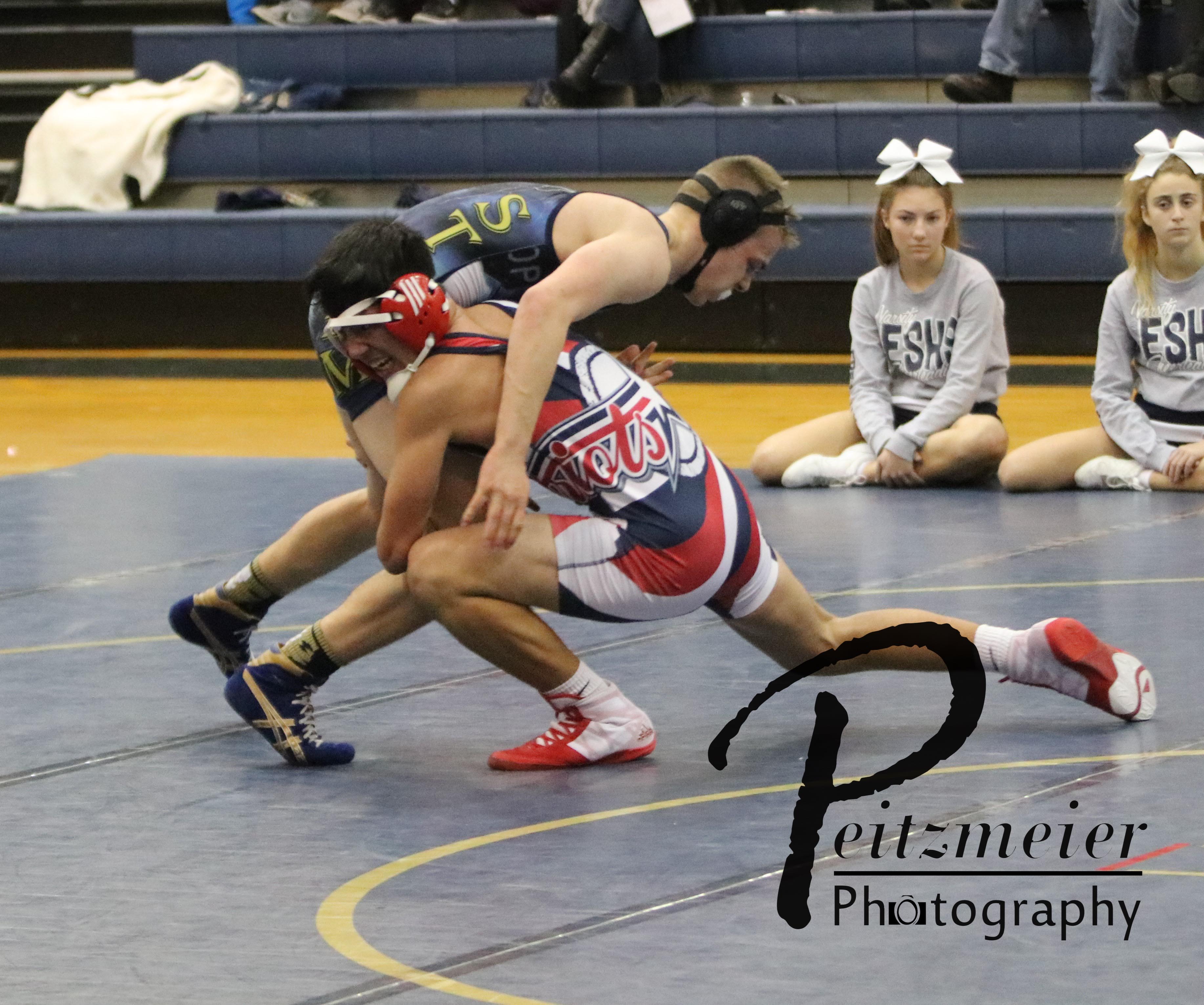 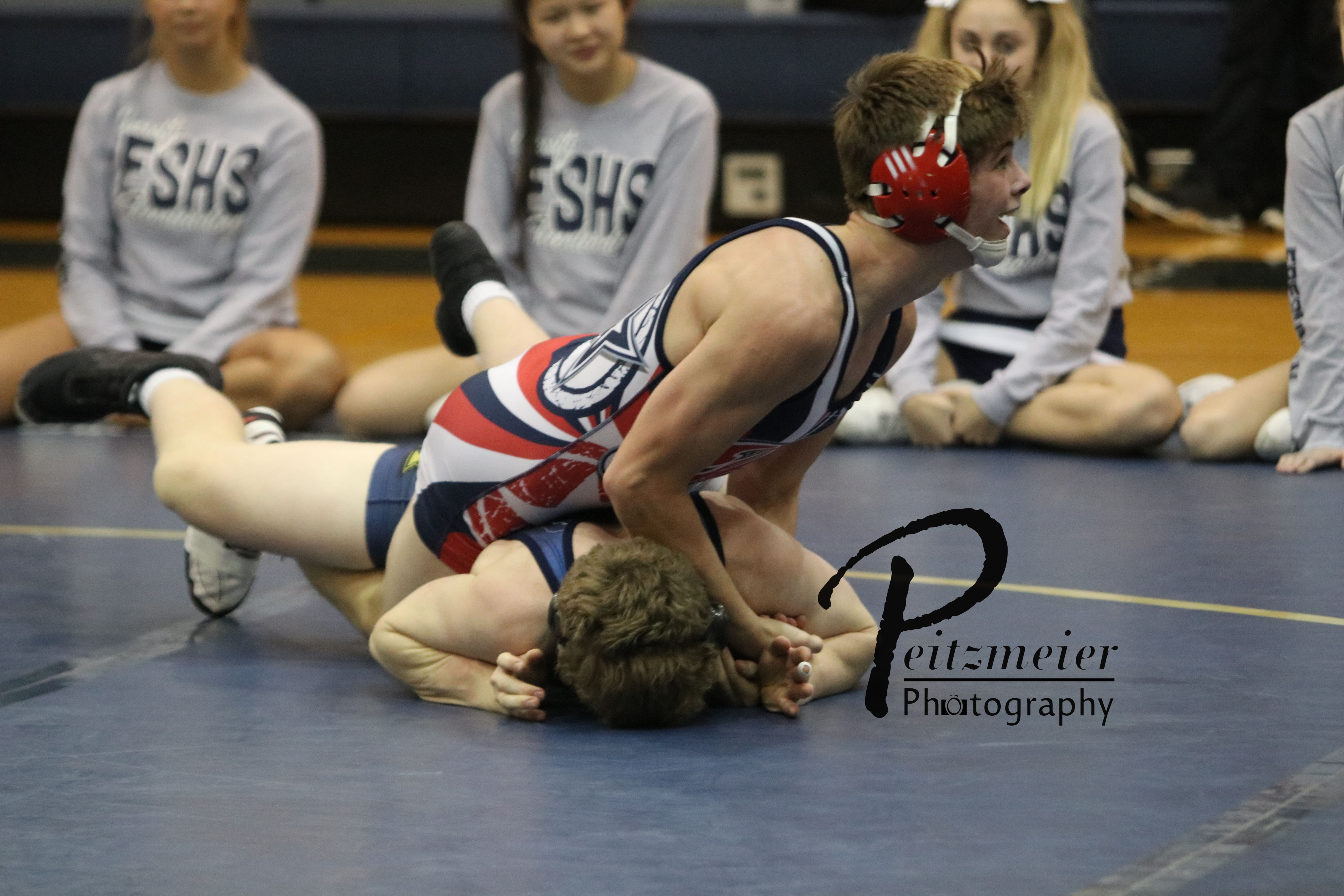 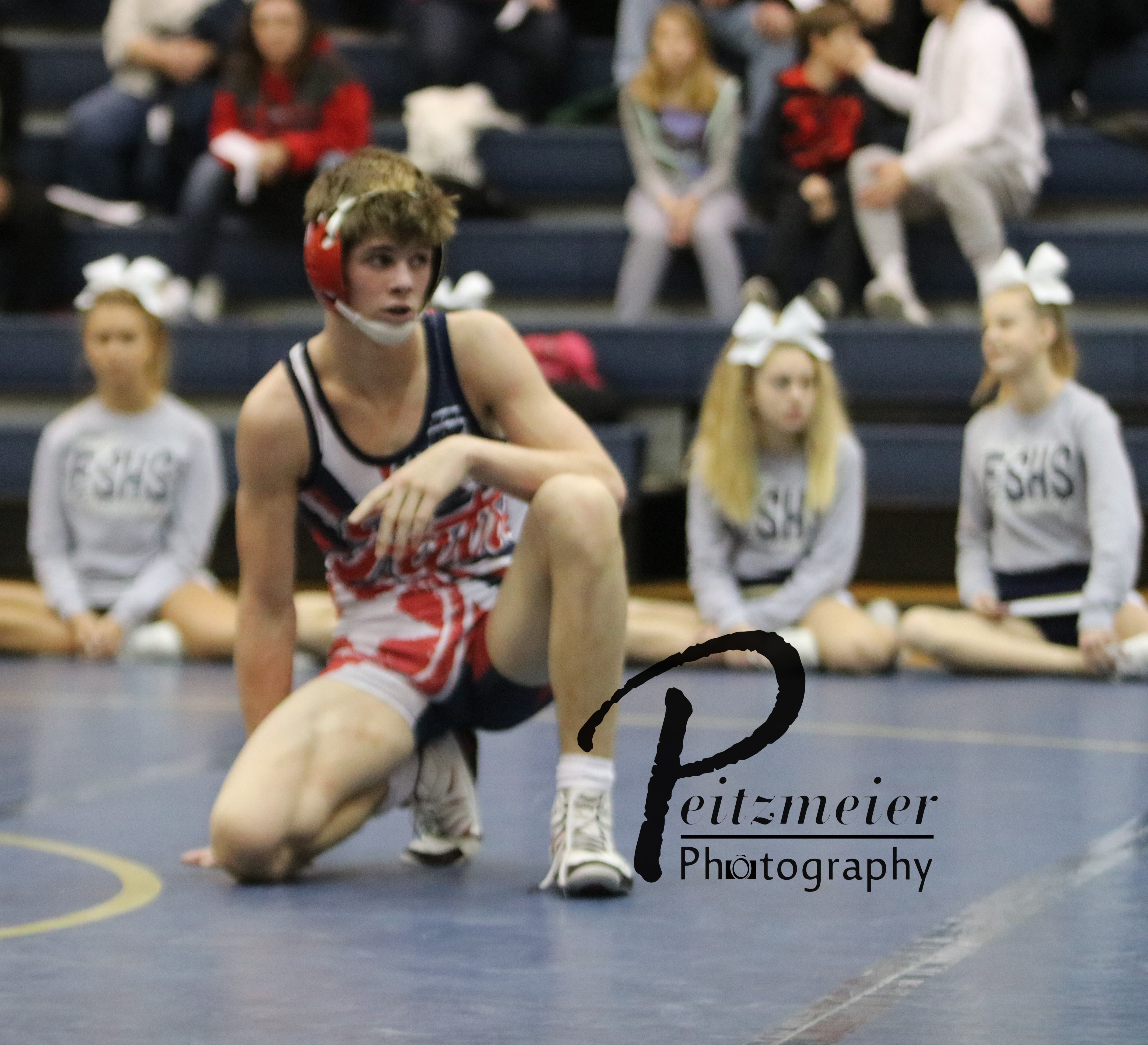 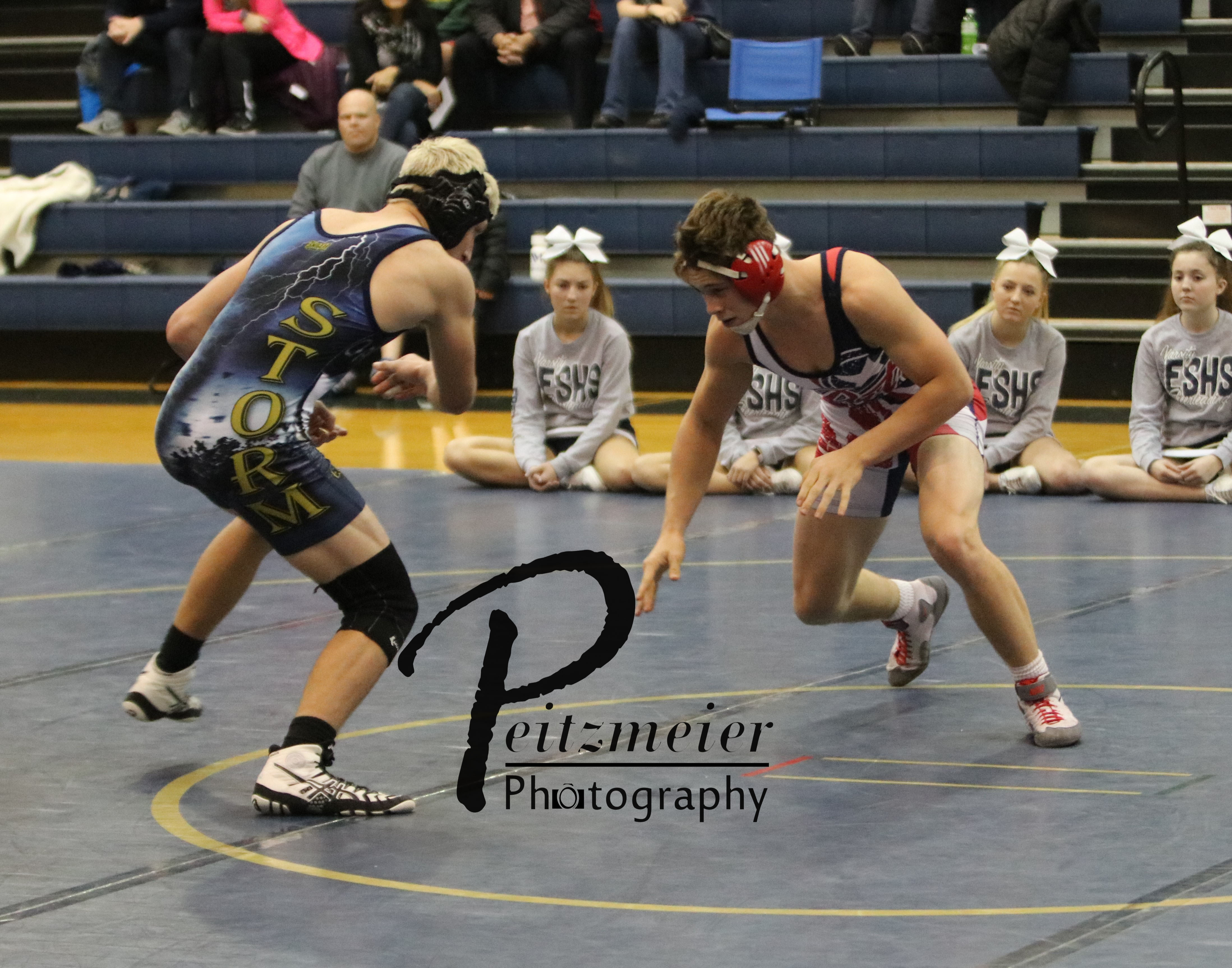 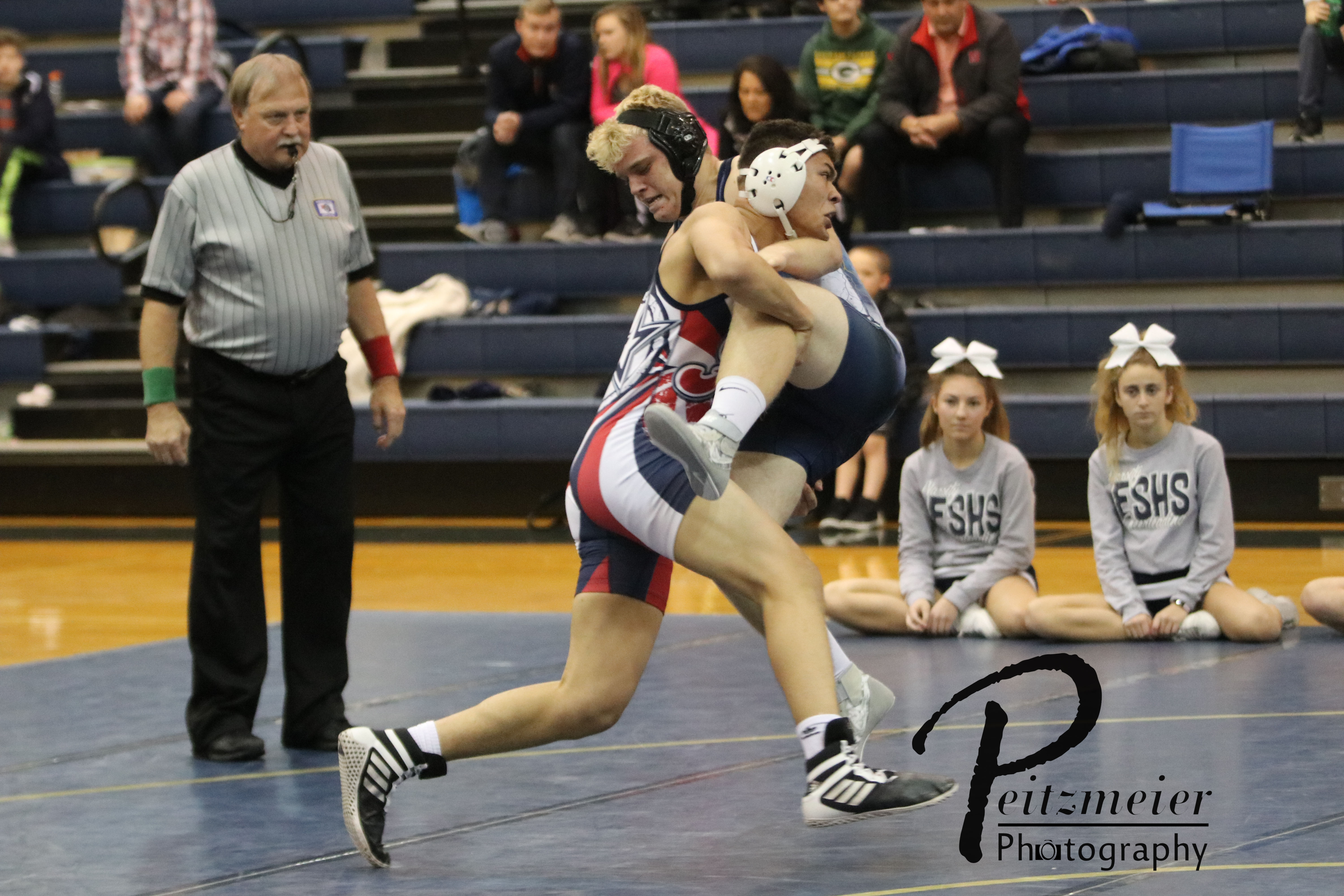 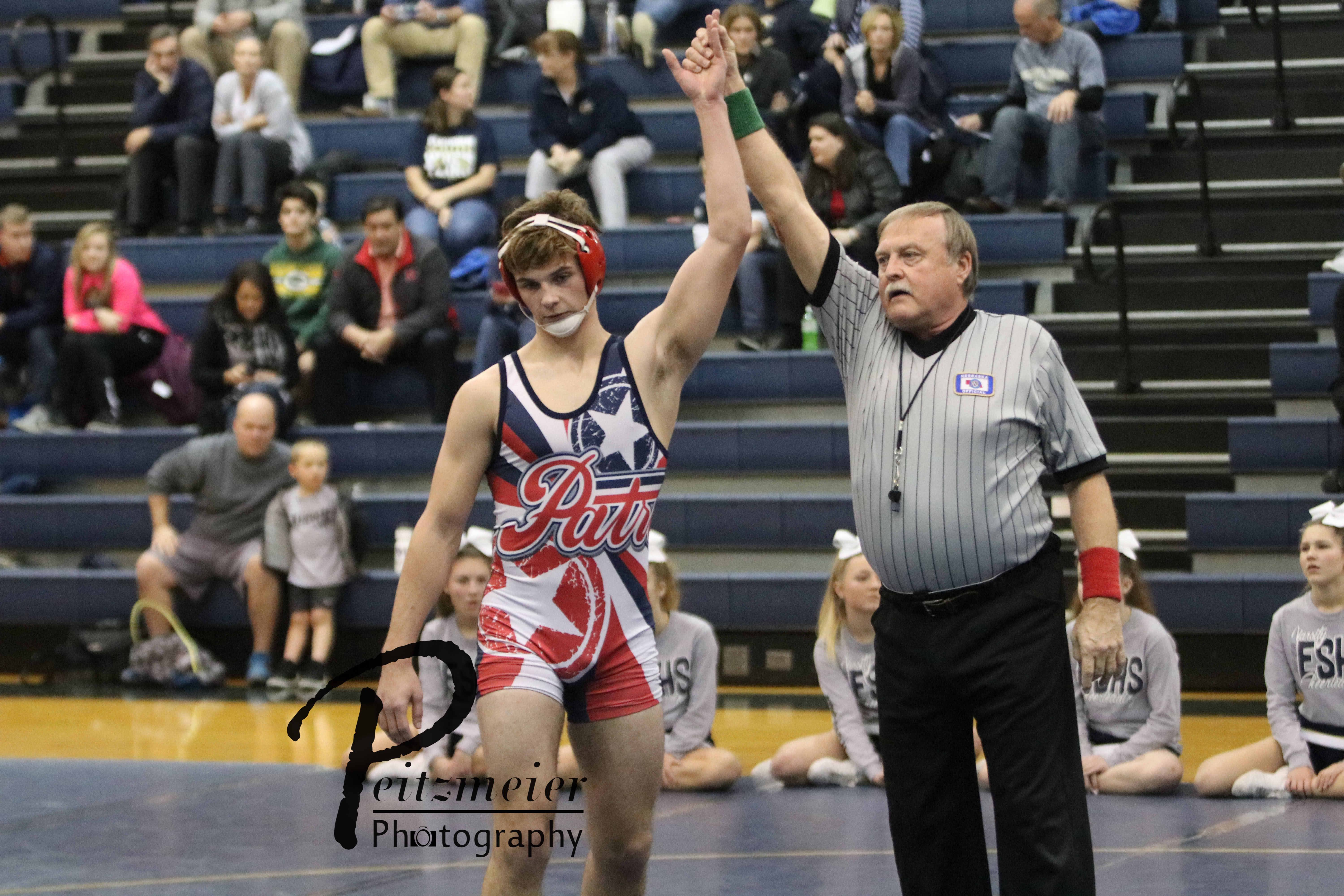 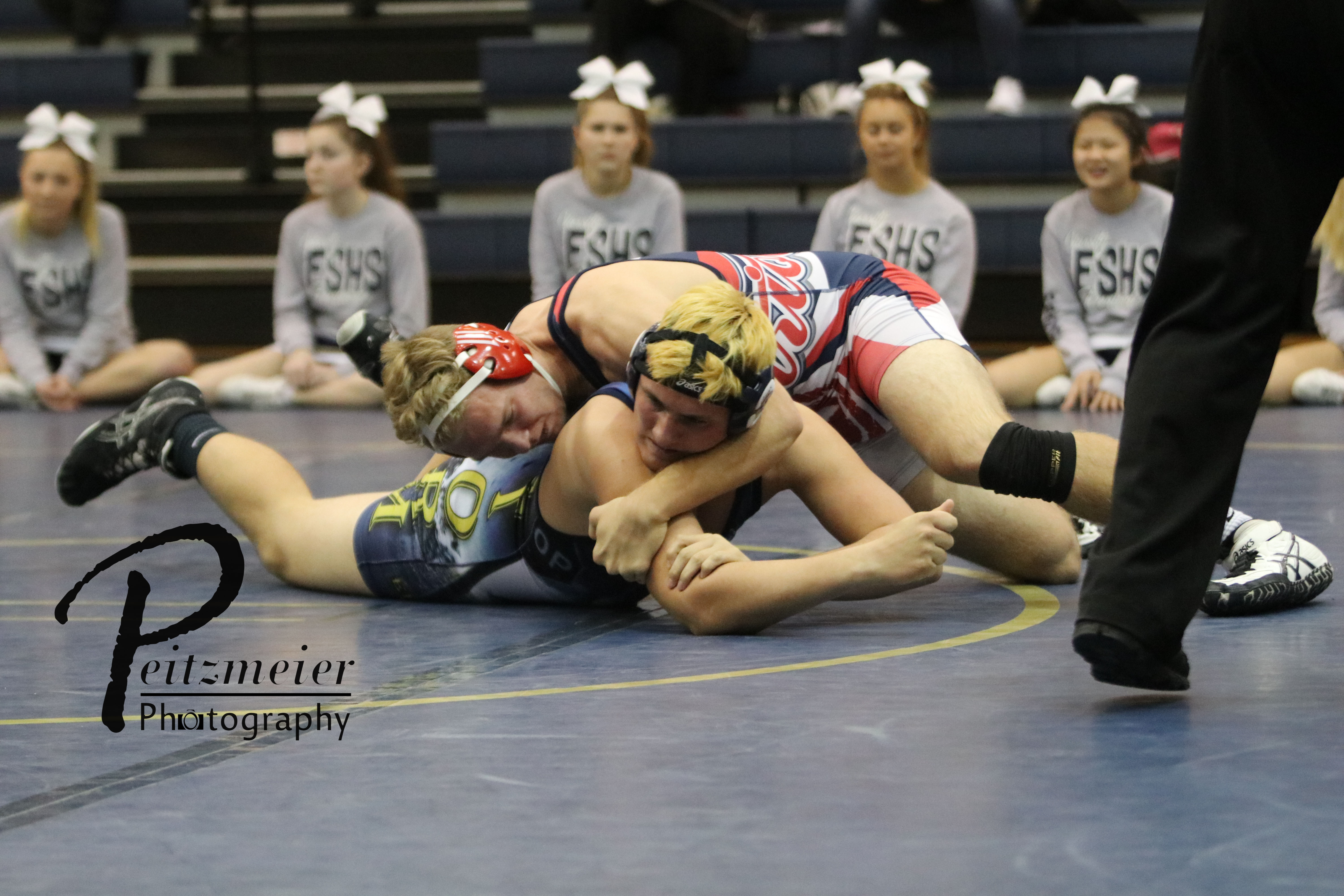 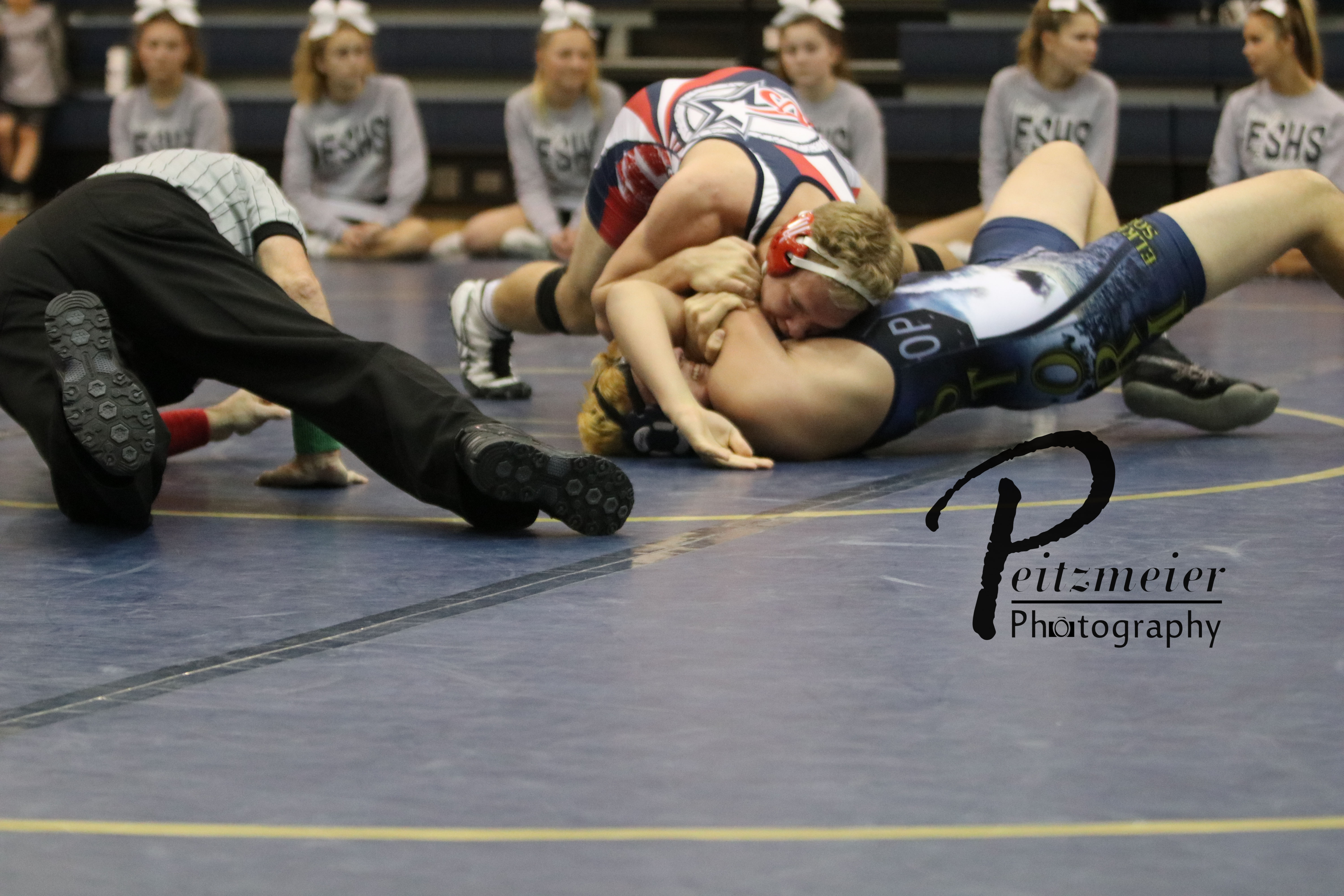 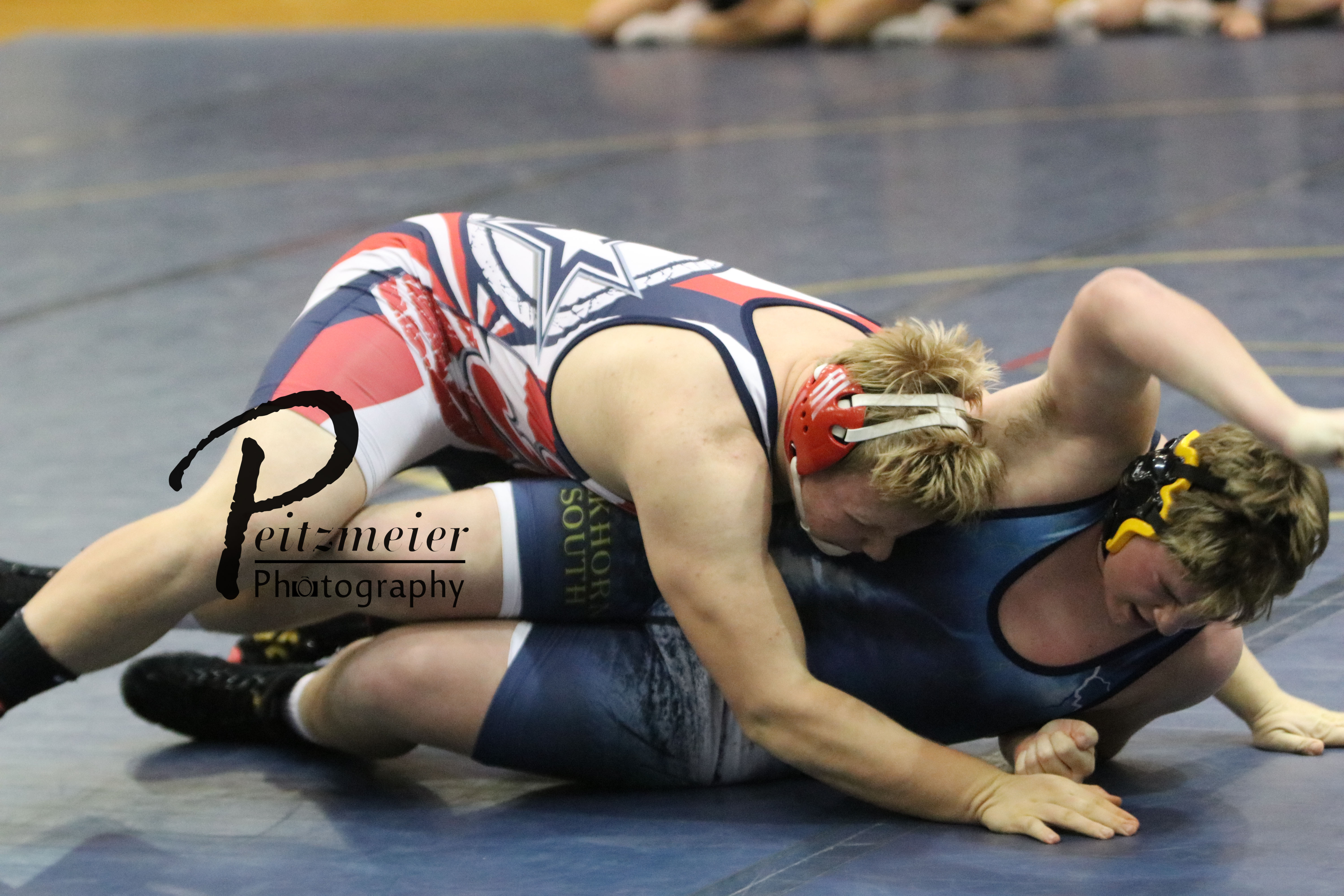 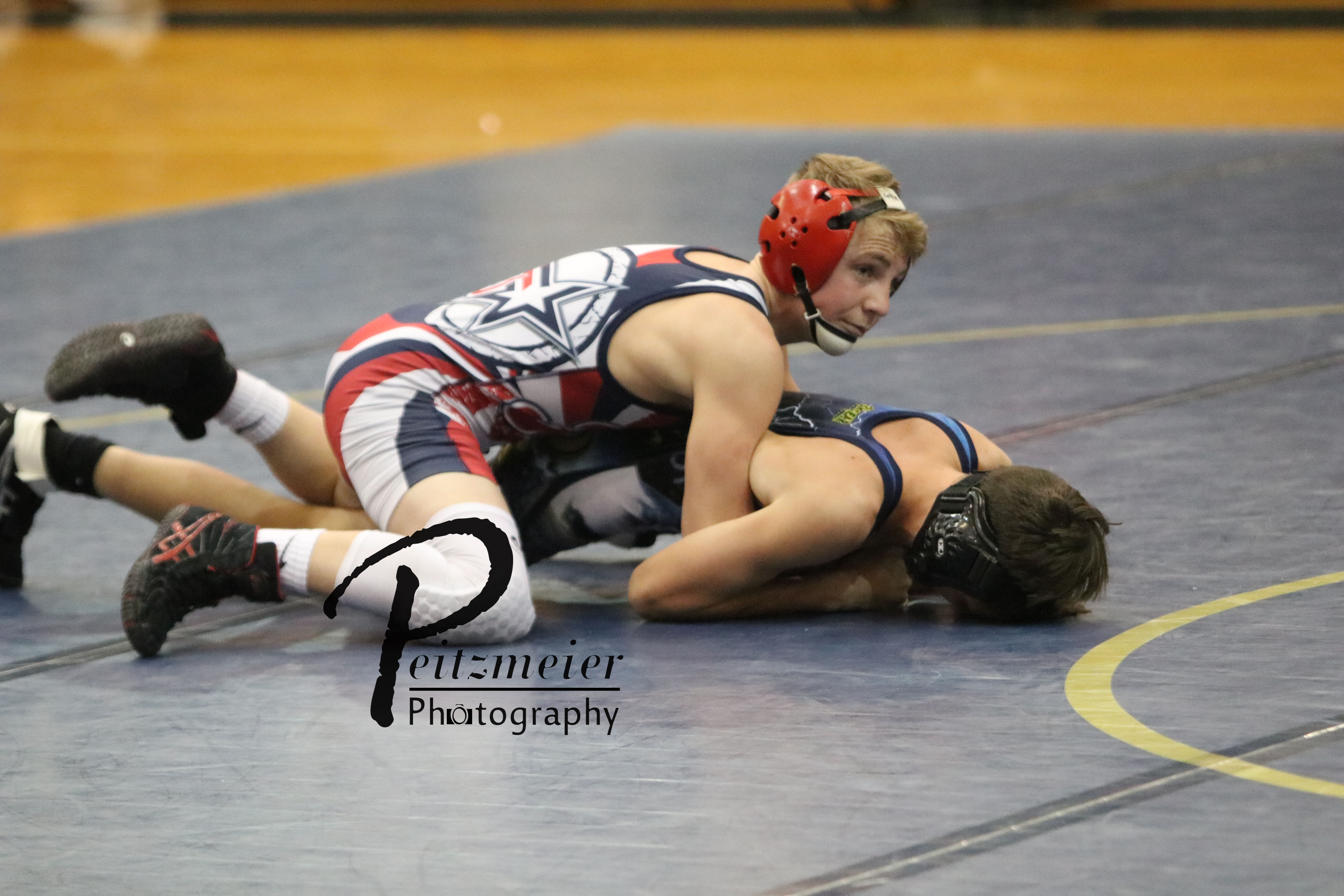 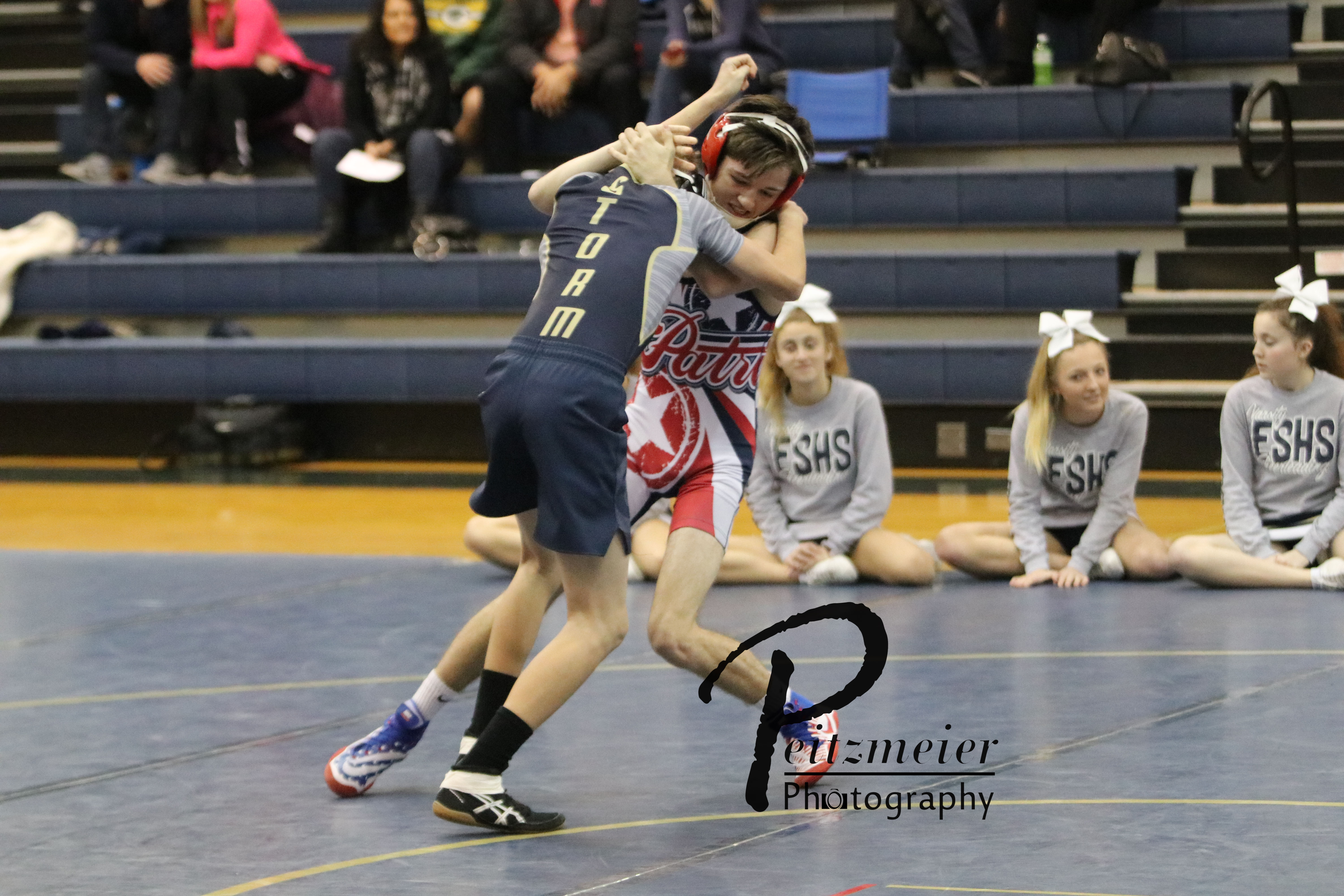 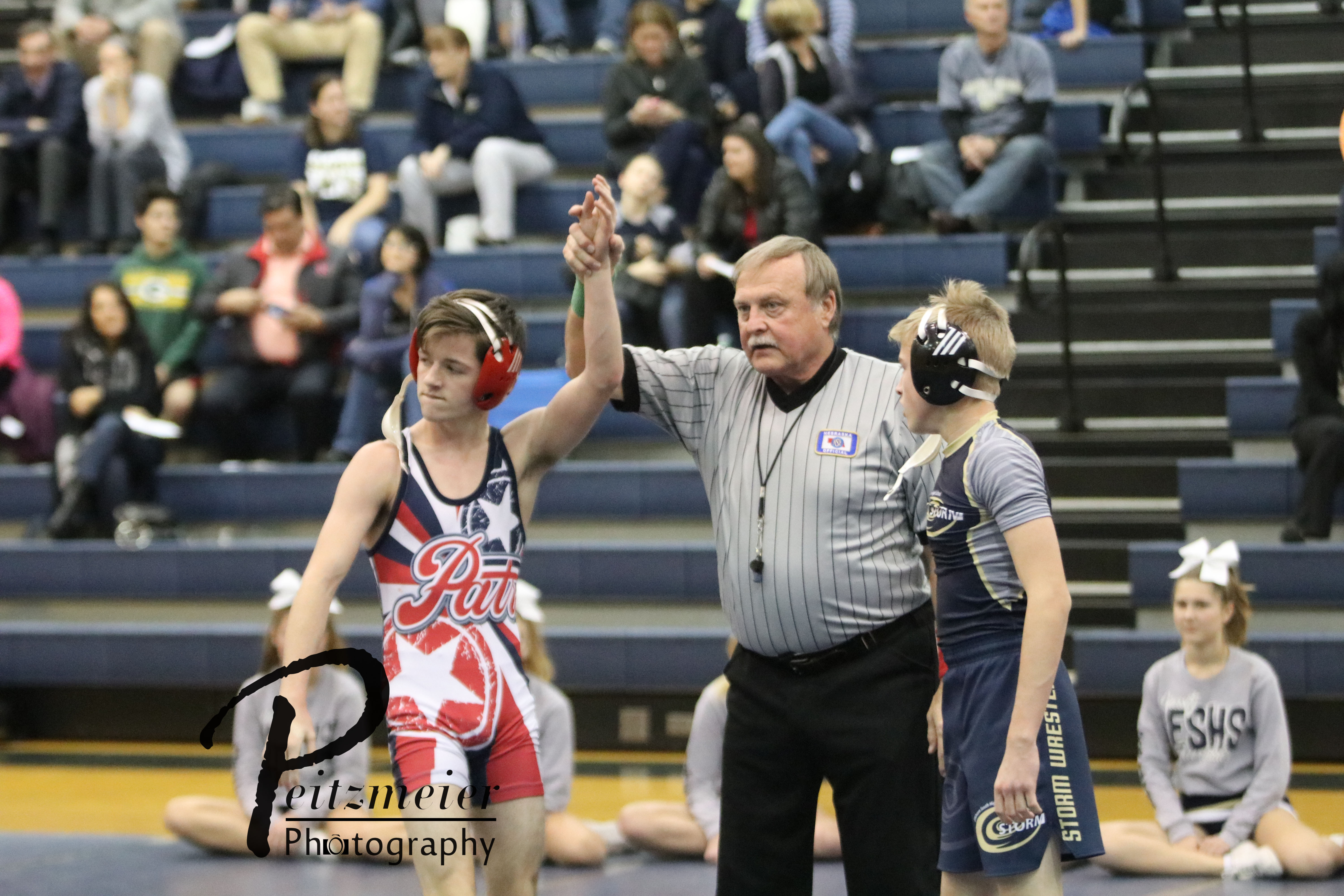 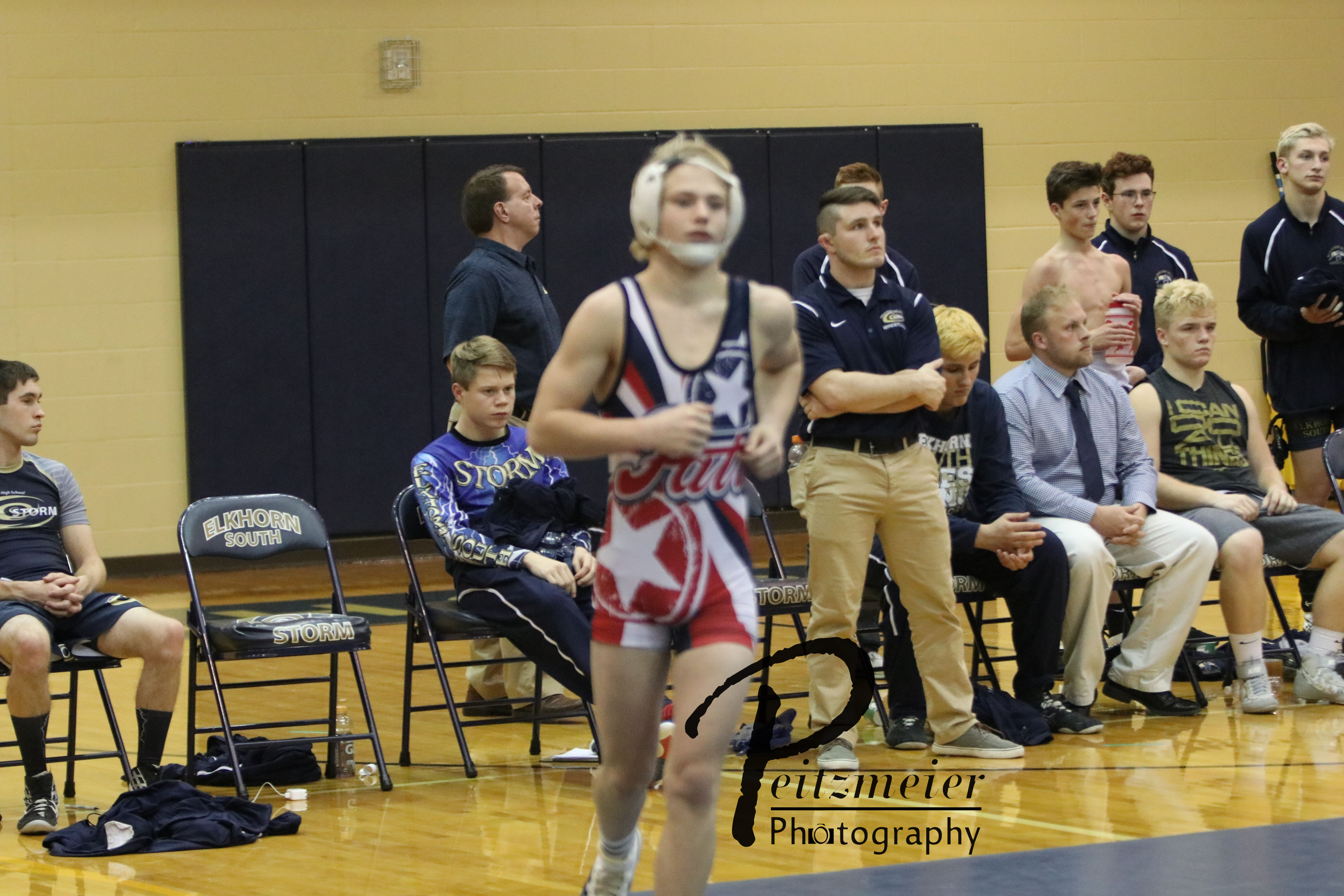 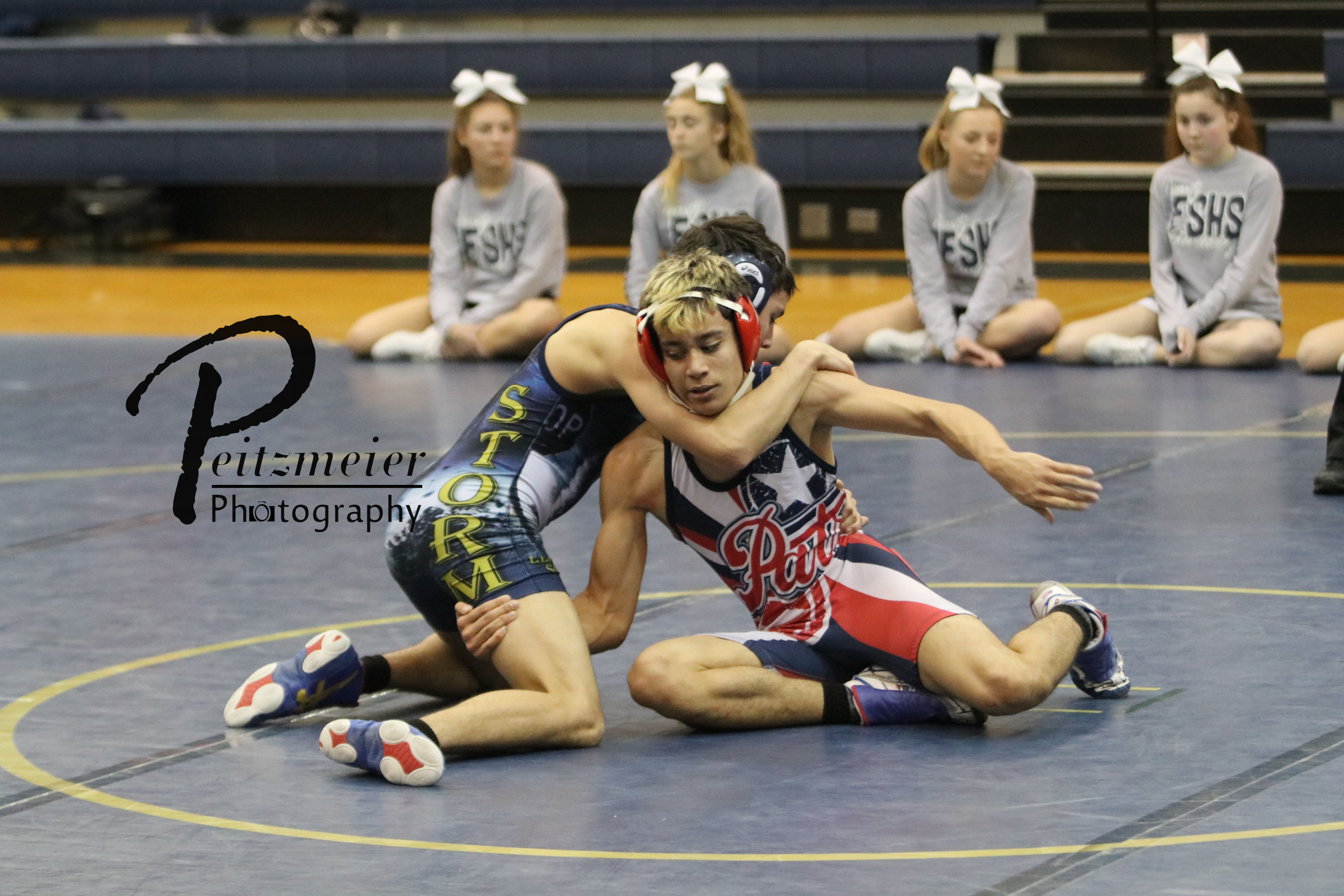