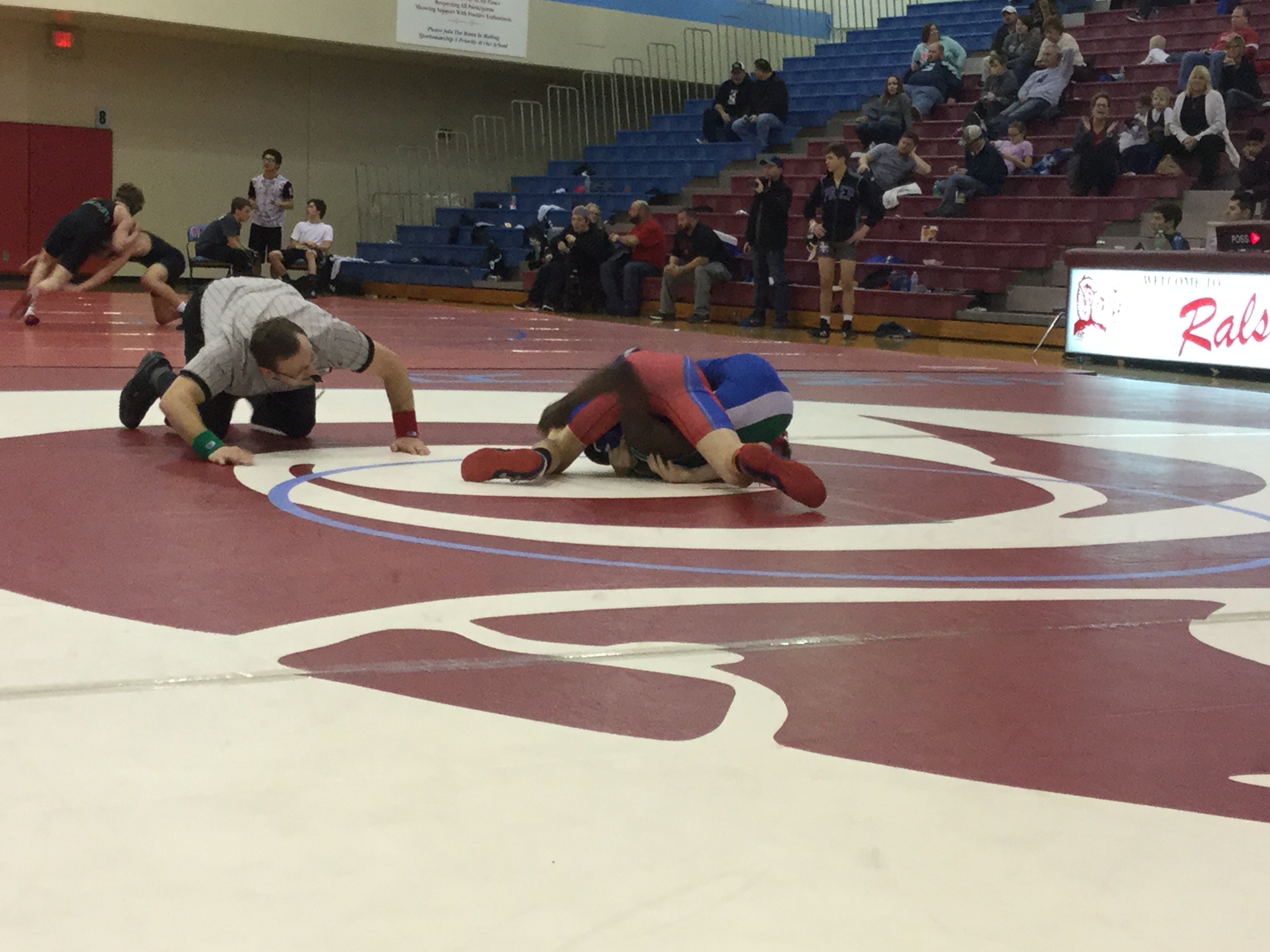 Last Saturday 13 freshman and sophomore Patriots traveled down Q street to Coach Sistek’s former stomping grounds to compete in Ralston’s Freshman/Sophomore Invite.  The Patriots ended up in 2nd place as a team with 2 champions.  This was a decent performance considering the Patriots only filled 9 weight classes.

One of those champions was Chris Wortmann was named True Patriot for this week due to his desire to improve in the sport of wrestling as well as his respectful attitude.  Wortmann pinned all 3 of his opponents on the day and continues to work on not getting out of position on his feet.

The other champion was Jeremiah Sistek who collected 2 pins on the day.  Both Sistek and Wortmann returned late in the evening from Weeping Water, but still performed well despite their lack of sleep.  The third wrestler that also returned to Millard South the evening before after wrestling at Weeping Water was Garrett Mandolfo who finished in 2nd place losing to a strong wrestler form Papillion-LaVista.

Seth Rakes had the highlight move of the day in his semi-final match where he caught Ethan Valencia from Millard West in a very nasty head throw.  Valencia is a solid opponent, so that was a signature win for Rakes who came up just short in the finals due to some technical flaws.  Barrett Hermanson and Drake Angerman also came in 2nd place.  Angerman actually placed higher than Dakota Lynch who was the point scorer at their weight class.

Coach Sistek was pleased with the performance commenting, “we have definitely seen hard work start to pay off for some of the harder workers at this level.  Mandolfo, Wortmann, and Sistek have all been putting in work and getting in extra matches and things are starting to slow down for them a little bit as they are adjusting to high school wrestling.”

Coach Nick Meneely also was pleased with the performance of some of the higher placers, but understands that many wrestlers at this level need to work on the finer details in practice.  He commented, “a few wrestlers that are struggling need to hunker down, pay attention to coaching, and put in the work to make sure they are prepared for competition.  Everyone wants to win during competition, but most matches are won in the practice room.” 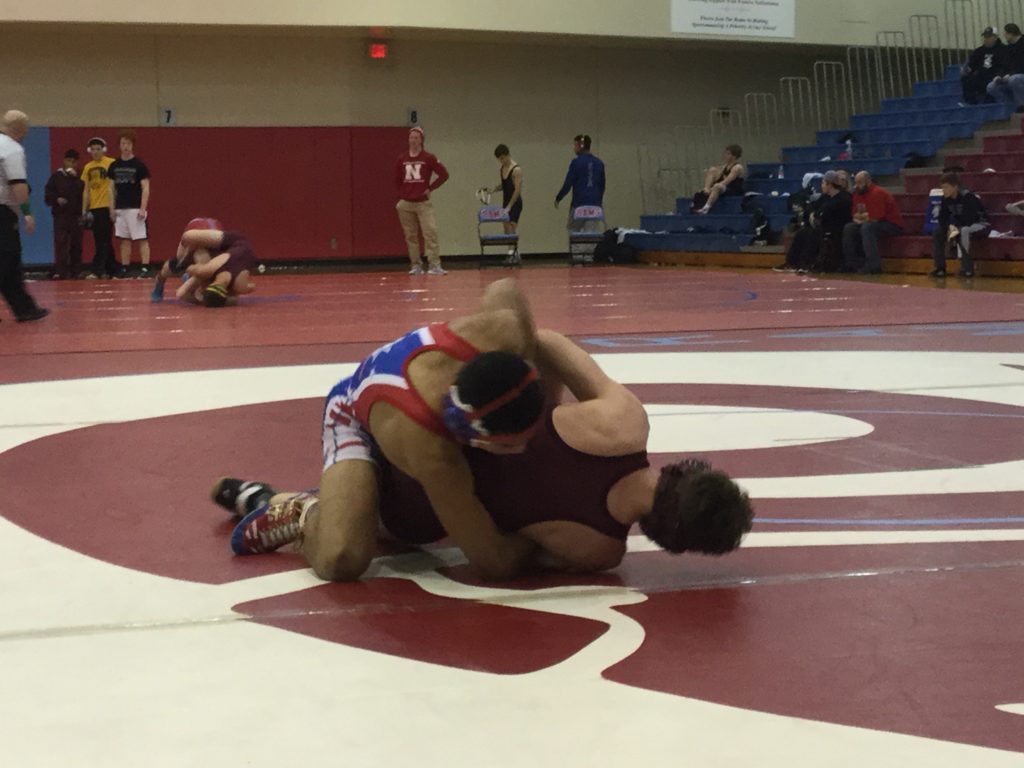 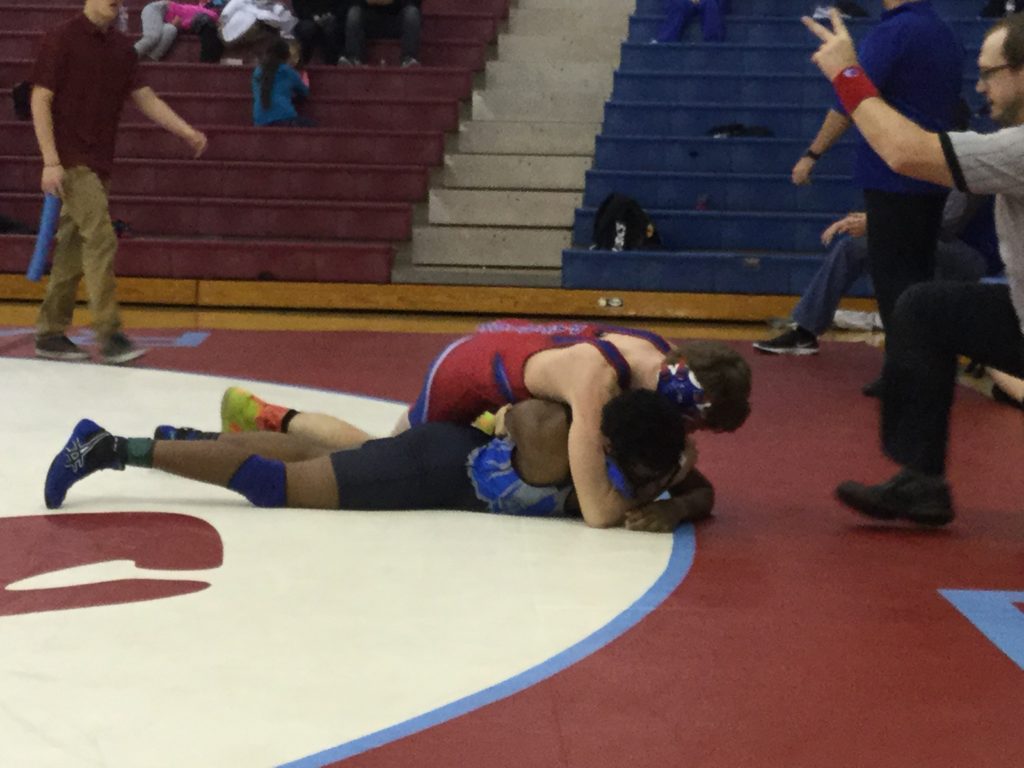 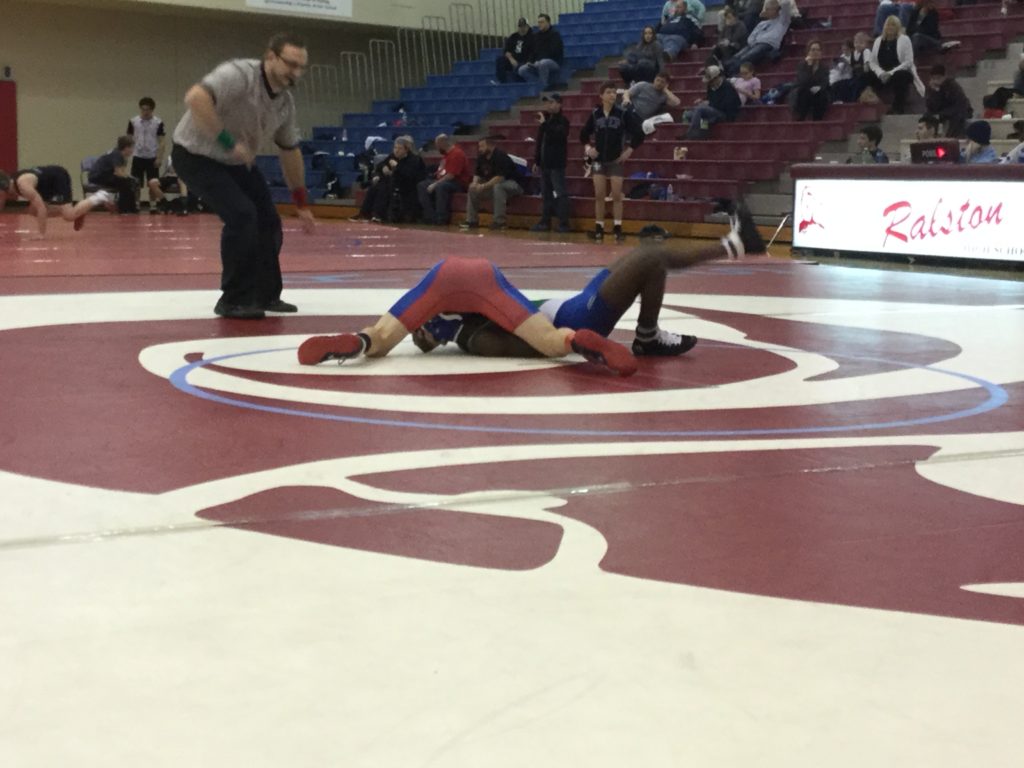