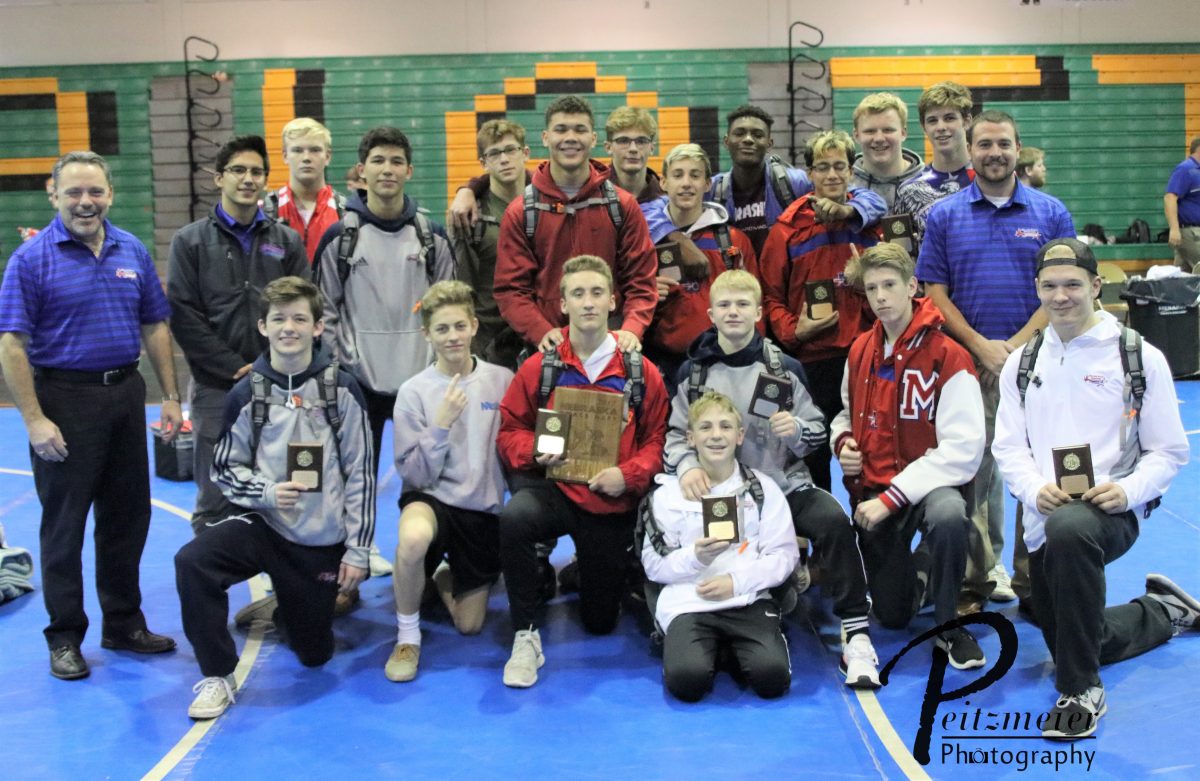 Columbus, NE – The Patriot wrestling team broke a 34-year old record set by Gering in 1983 for most consecutive dual wins!  The streak, which started after the 2014 NSAA Dual State Championships, where the Patriots lost in the Championship match to Grand Island by a score of 33-29.  That next season, the Patriots began a string of 98 straight dual wins!

Coach Denson, who was a special guest for the duals in Columbus, said, “I am super proud of our kids!  They earned this record by their tireless efforts both in season and out of season.  This is going to be a tough record to beat!”

This year’s Patriots team was in Columbus for the Nebraska Duals on Friday and Saturday.  The record-breaking dual was against Sioux City Bishop Heelan.  The very first dual of the tournament was against Coach Olson’s alma mater, Tekamah-Herman.  Coach Olson said, “It was very surreal to coach against the team that I grew up cheering for and wrestling for.  All of my family still lives in Tekamah so it was nice seeing some of them in Columbus.”

The Patriots cruised through the competition on Friday:

Coach Meneely had this to say after the competition on Friday, “I love taking our team to dual tournaments.  There is only one wrestler going at a time so all of the coaches can focus in on that one individual.  We may have won by big margins today, but each team we faced had some good individuals that really pushed our guys to be better.”

On Saturday, the Patriots were closing in on the record of 96 straight dual wins.  For the record 97th dual win, the Patriots were pitted against Bishop Heelan.  That dual started at 152 pounds, and the Crusaders took a 15-6 lead into the 220 pound match.  With a 2-2 tie in the third period, Bishop Heelan chose to start in the bottom position.  That decision was all Gavin Peitzmeier needed!  He pinned Diego Samaniego with 45 seconds left in the period.  That was a momentum changer in the dual.  After Jake Mayville lost a close decision at heavyweight, the Patriots strung together 5 straight wins, and won 6 out of the final 7 matches to win the dual 42-21.

The results from the other duals are below: