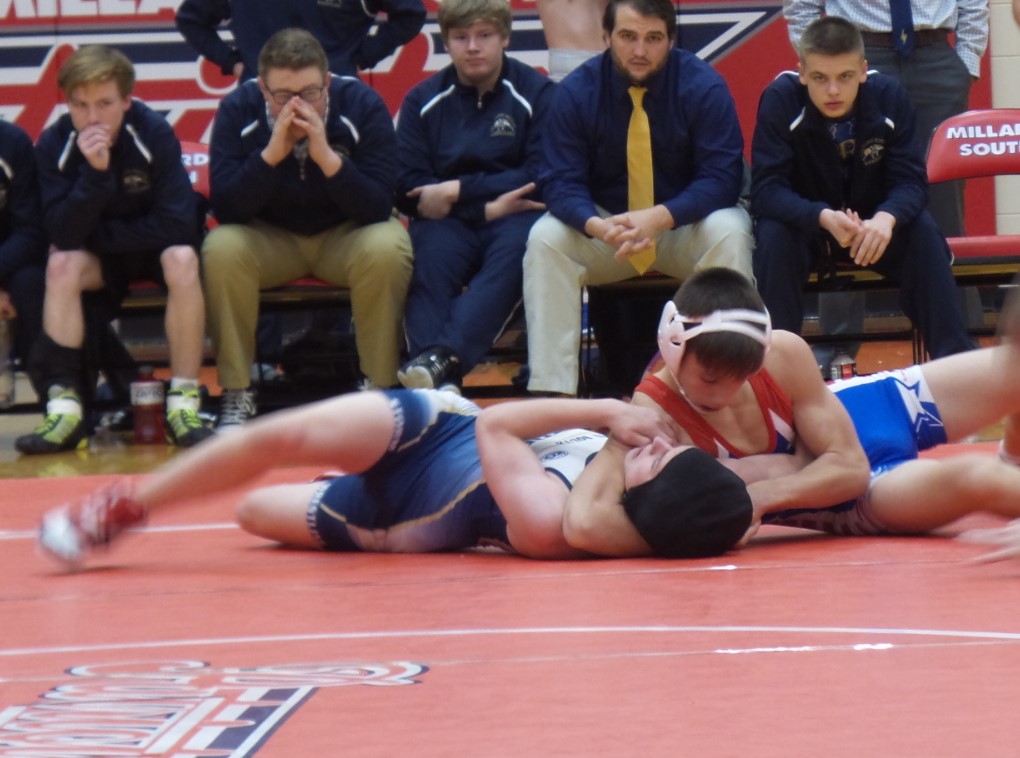 On Tuesday night, December 6th, the Patriots played host to the Storm of Elkhorn South.  The Patriots and Storm were able to match up for 7 JV matches before the Varsity took center stage.  Blake Smith started the night off for the Patriots against Blaze Doxzon.  Blake took control early and never looked back.  He used a series of turns on top to pull ahead to an 18-3 technical fall against Doxzon, which gave the Patriots a 5-0 team advantage.

Next up for the Patriots was senior, Jace Caniglia at 132 pounds.  Jace started the match off with a quick take down before getting the PIN in 1 minute and 23 seconds.  The team score moved to 11-0 after two matches.  Junior Garett Svoboda moved up a weight class to battle Cary Trogdon at 145 pounds.  Garett scored a takedown in each period before getting the major decision by the score of 8-0.  After his match, the team score was 15-0 in favor of the Patriots.

Also wrestling at 145 pounds for the Patriots was Al Cunningham.  The transfer from Papillion-La Vista South was able to get a first period pin over Luke Heidenreich of Elkhorn South in just 49 seconds!  Ricky Hayden, wrestling at 152 pounds for the Patriots, was matched up against Jack Paradis of Elkhorn South.  After nearly getting the pin in the first period, Ricky was able to secure a PIN in the second period with only 23 seconds left on the clock.  Ricky’s pin put the Patriots up 27-0.

At 182 pounds, Dalton Frederick (listed at 170 for the Patriots) wrestled against Noah Ethen of Elkhorn South.  Dalton used his strength to power Noah Ethen to his back, and he never let go.  Dalton got the PIN in the first period with a time of 1 minute and 35 seconds.  The final match of the night would be the second match for Blake Smith.  The Millard South freshmen didn’t rack up as many points in his second match, but came away with the PIN in 1 minute and 53 seconds.

Final results are below: 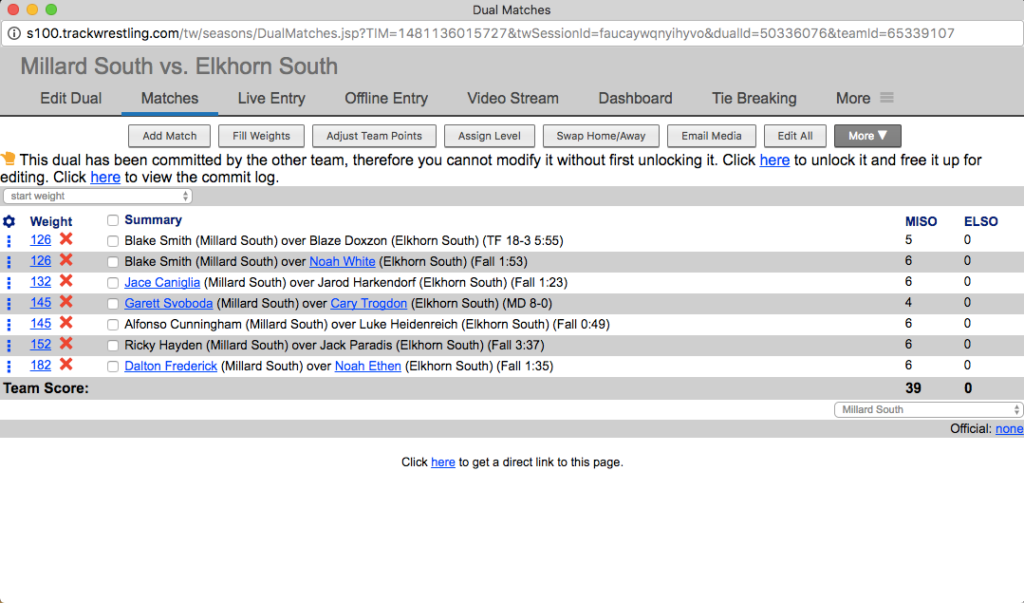 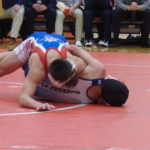 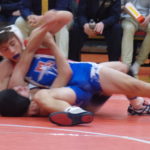 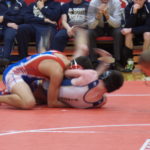 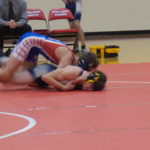 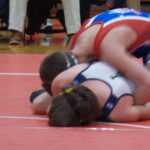 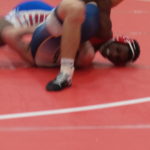 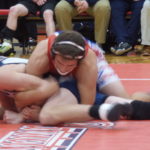 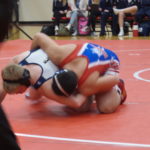 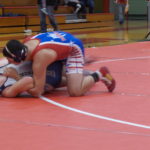 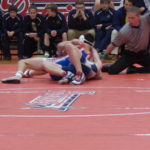 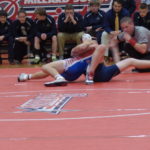 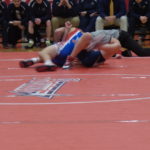 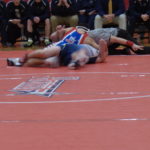 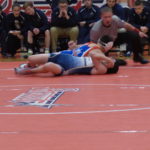 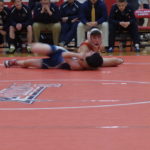 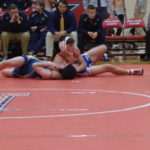 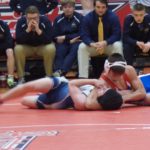