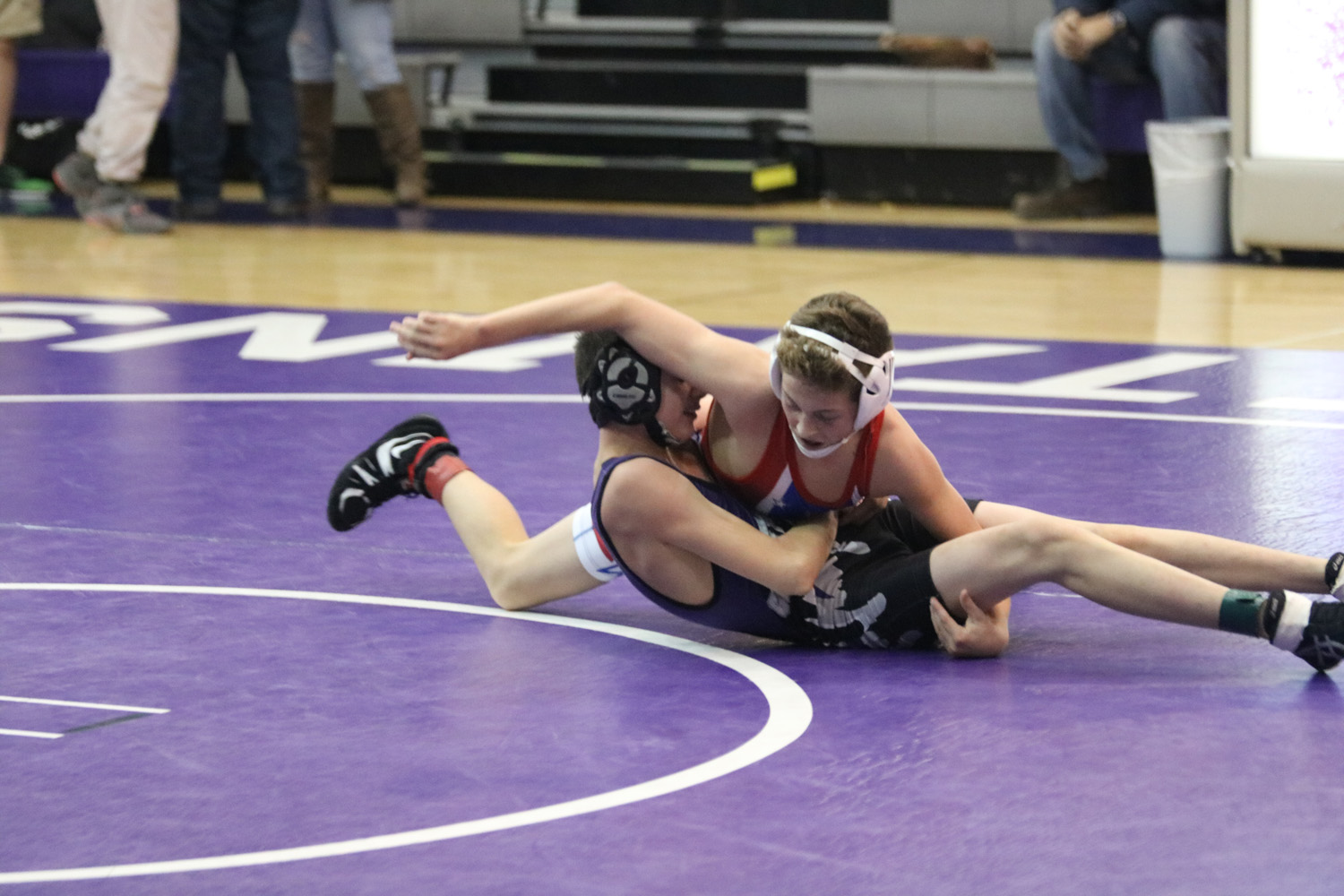 A pair of top 10 teams that both have over 50 kids on the depth chart squared off in Bellevue at the Todd Porter Dojo.  Before the Varsity got started, there were 11 Junior Varsity matches, which paired up some of the younger Patriots and Chieftains.  Many of the JV wrestlers for the Patriots could be on a Varsity team virtually anywhere else in Nebraska, but they fall to second on the depth chart on the Number 1 rated team in the state.

Senior, Jace Caniglia, started off the night for the Patriots by dominating Corey Bradley by racking up 11 points in the first two periods before getting the pin 41 seconds into the second period.  Barrett Hermanson wrestled Josh Coffelt next.  He was not able to overcome a 4-0 deficit and was pinned late in the second period.  Garett Svoboda was able to take care of Nathan Jordan by scoring a quick takedown and nearfall before getting a pin with just 41 seconds left in the first period.

Al Cunningham lost a barn-burner at 145 pounds to senior Harley Zimmer.  He scored points in every period, but was not able to secure a takedown in the final seconds and lost 12-11.  Al’s fighting spirit was a spark the Patriots needed because after his match, the JV Patriots scored 24 straight points and 5 consecutive victories.  Senior, Ricky Hayden, started off the scoring explosion by pinning Jacob Phillips with only seconds left in the match.  Dakota Lynch also earned a victory in his match, but he did it by scoring a takedown right at the last second.  Isaiah Jackson at 160 pounds and Dominic Deloa at 106 pounds followed up Dakota’s match with quick pins.  Garrett Carbullido (113) ended the rally with a hard-fought 6-0 decision over Anthony Wiglusz.

Justin Jeanette has to fight off his back early and often against Junior, Colton Patrick.  A few adjustments here and there would have been the difference in Jeanette scoring and him going to his back.  After the match, Jeanette got some great advice from the Varsity coaches who were there watching.  Blake Smith was not able to overcome a shoulder issue while wrestling Clayton Dillon and had to forfeit the match in the second period after not being able to continue.

The JV Patriots are now finished wrestling until after the Christmas break.  We will be back in action on December 30th! 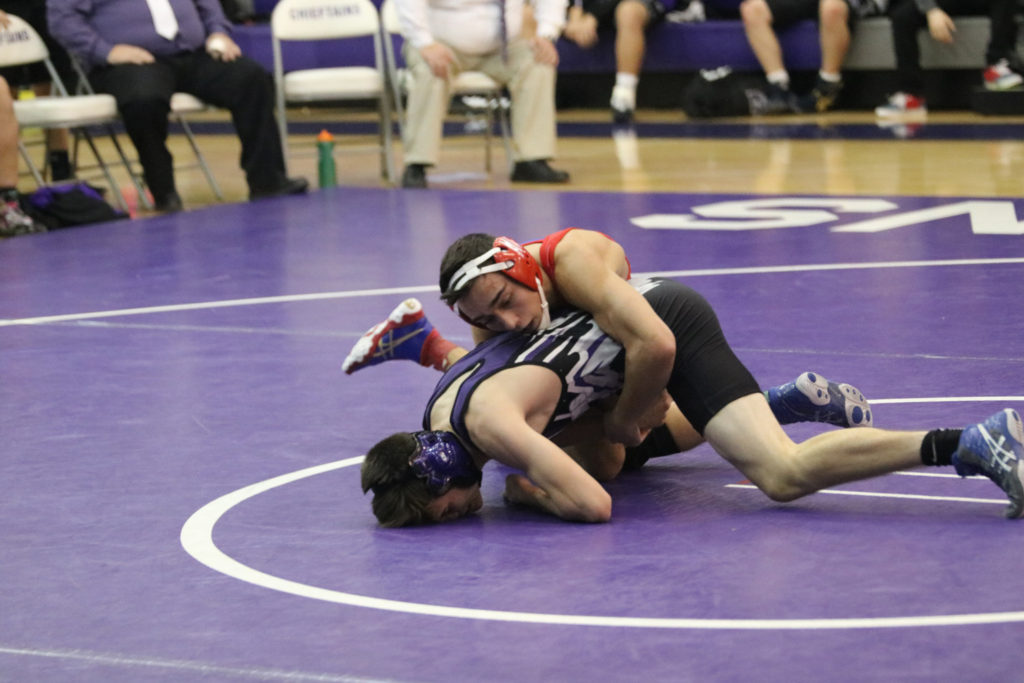 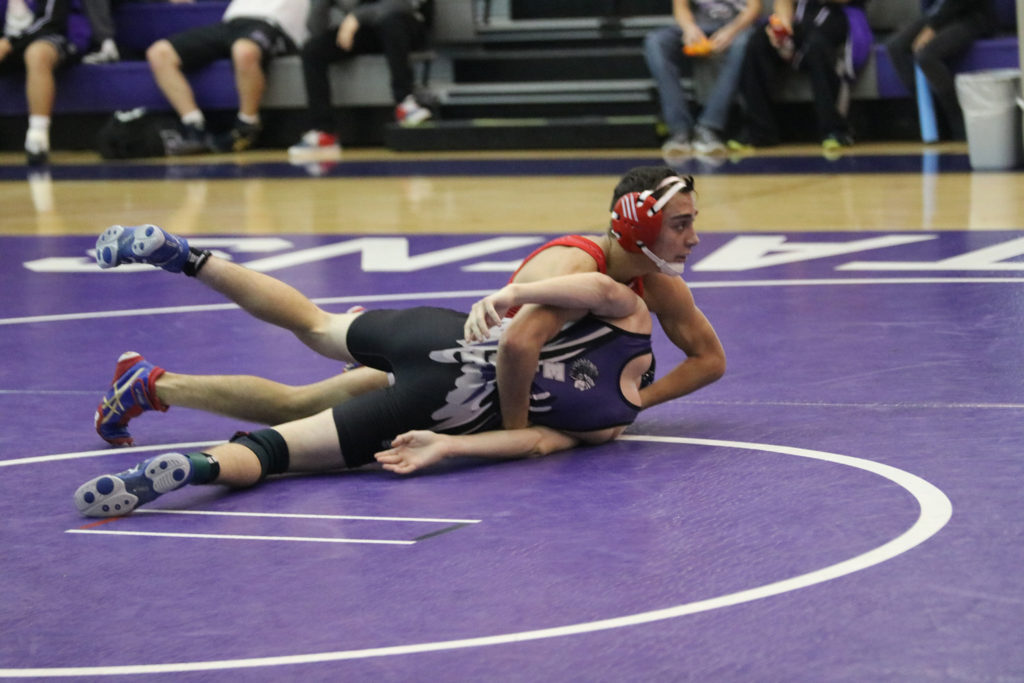 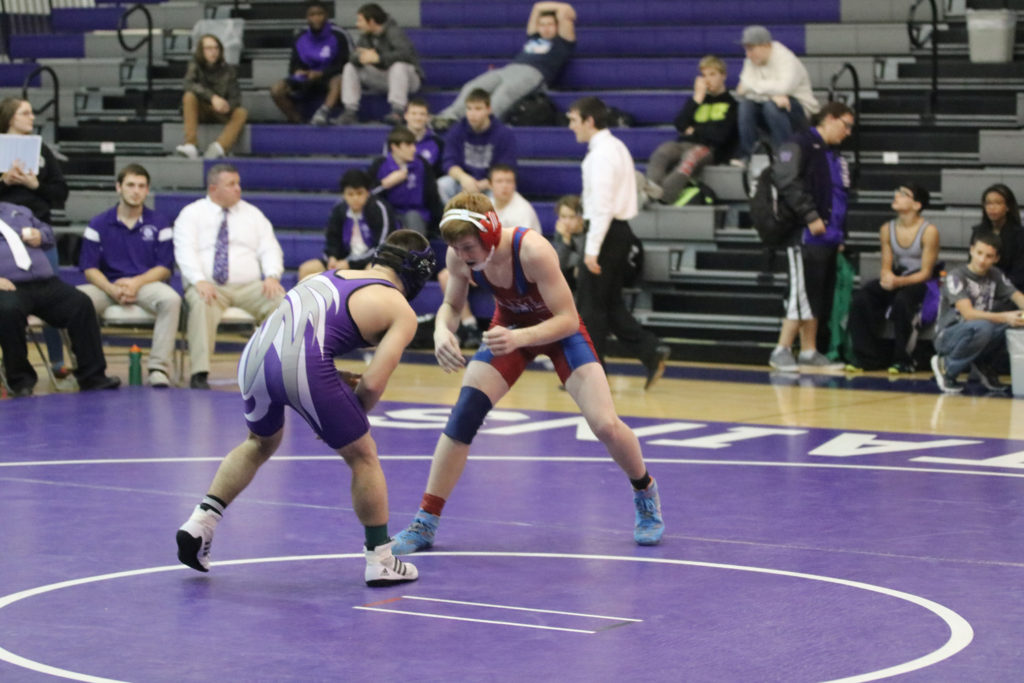 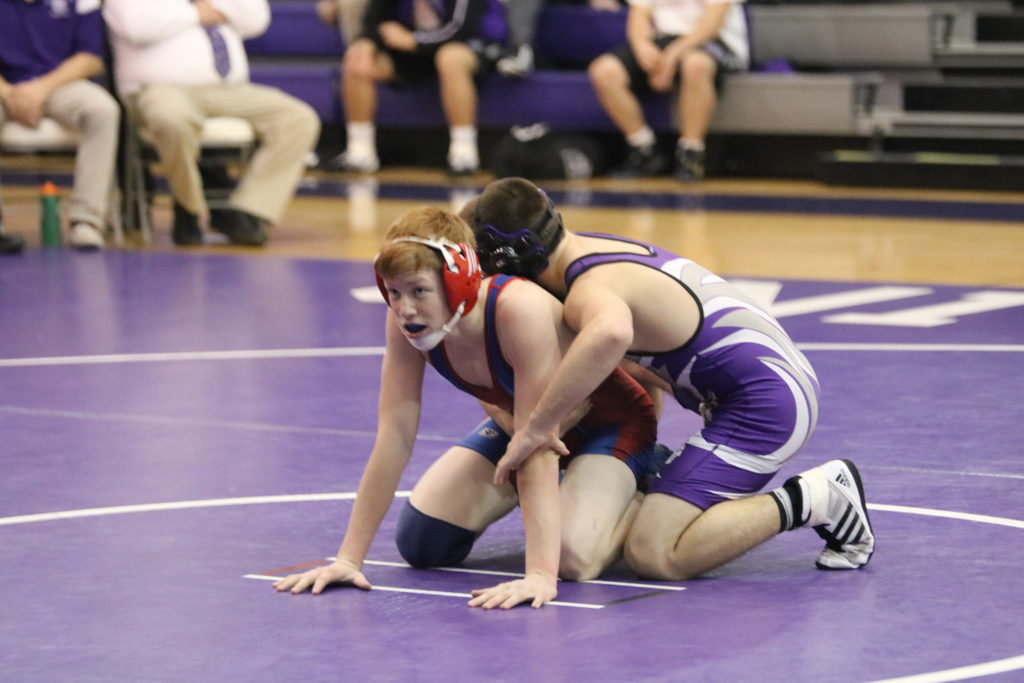 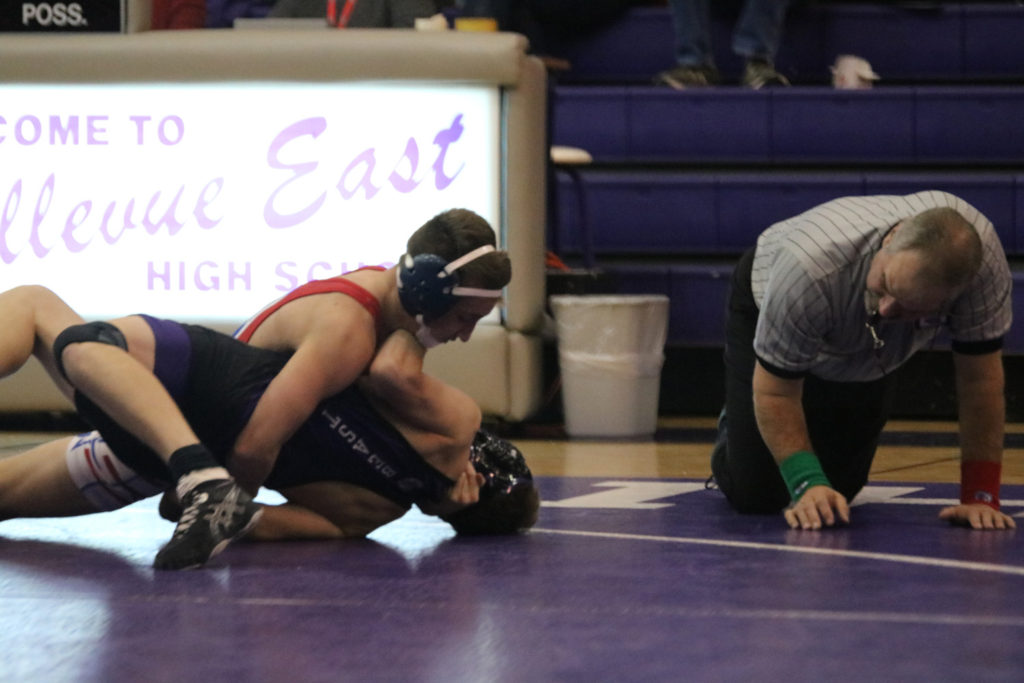 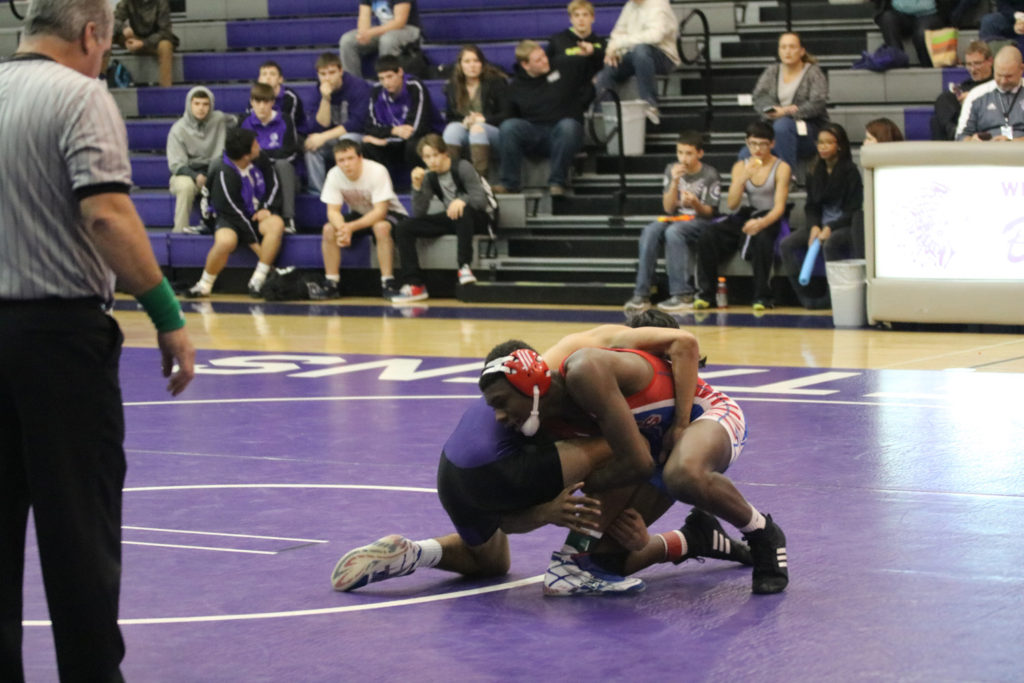 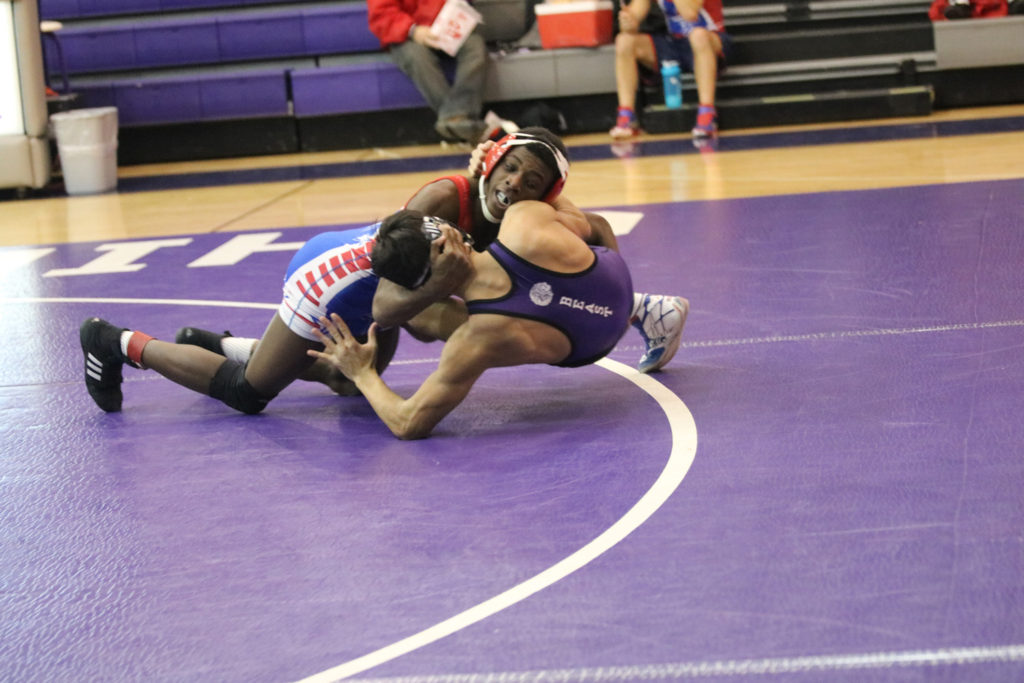 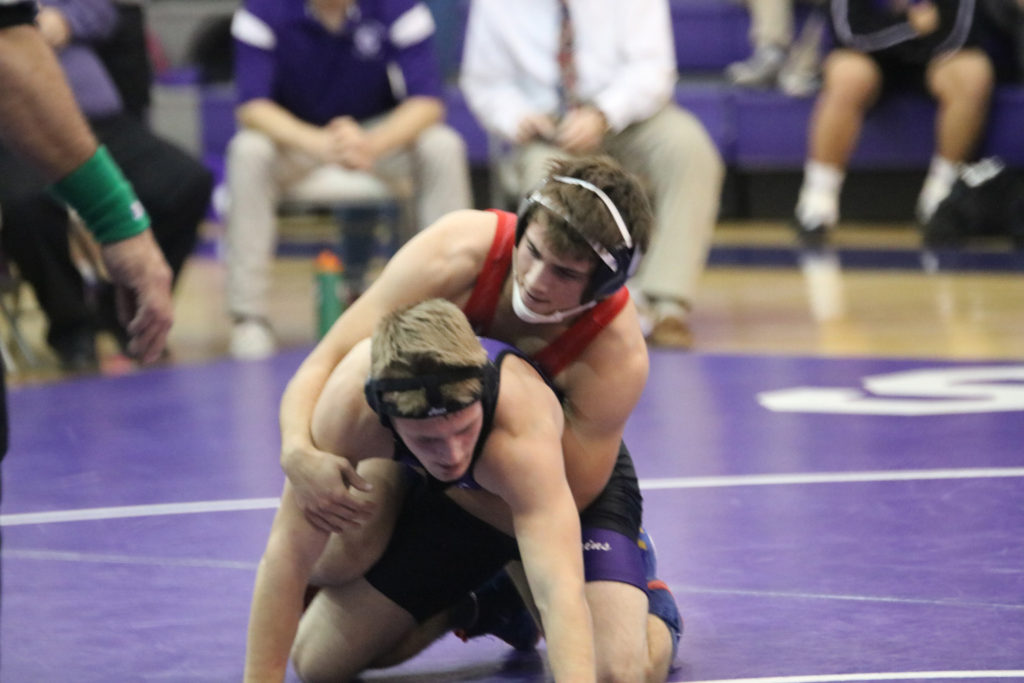 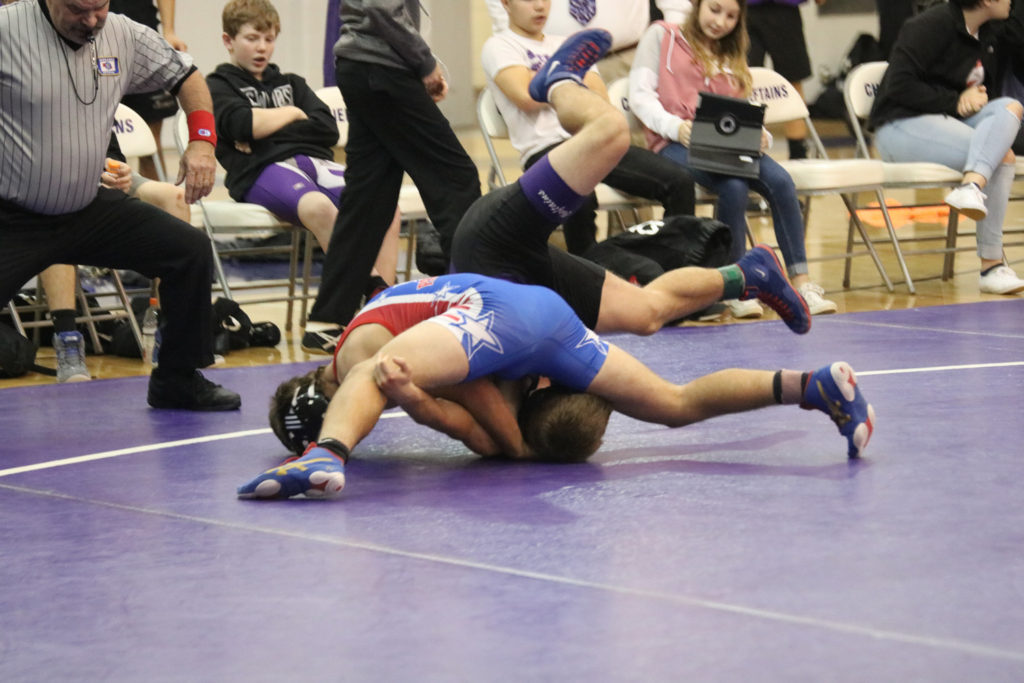 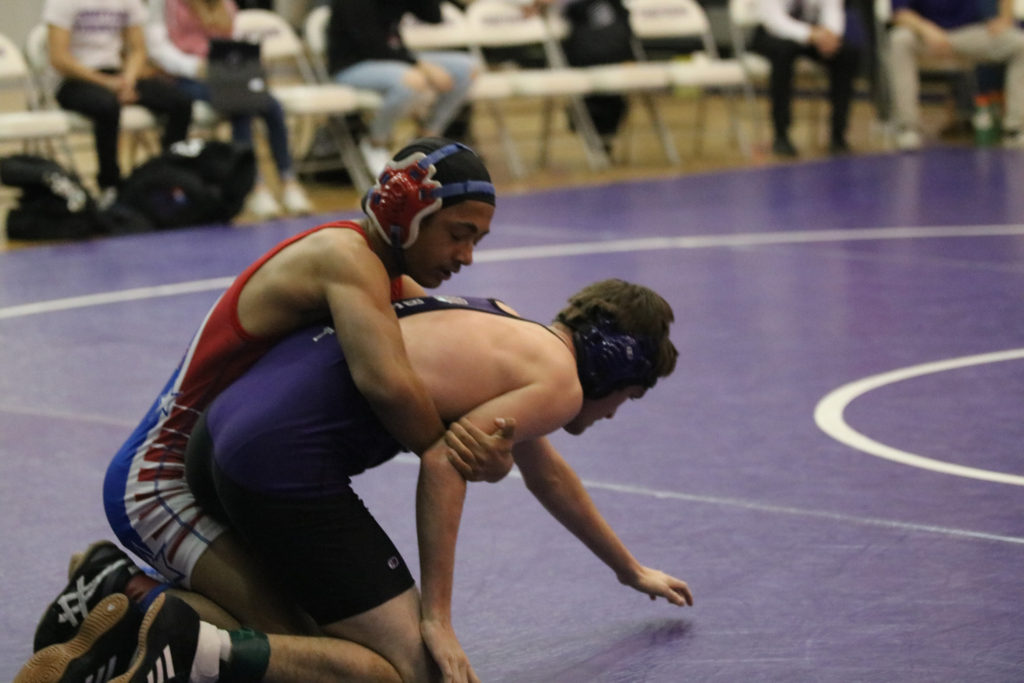 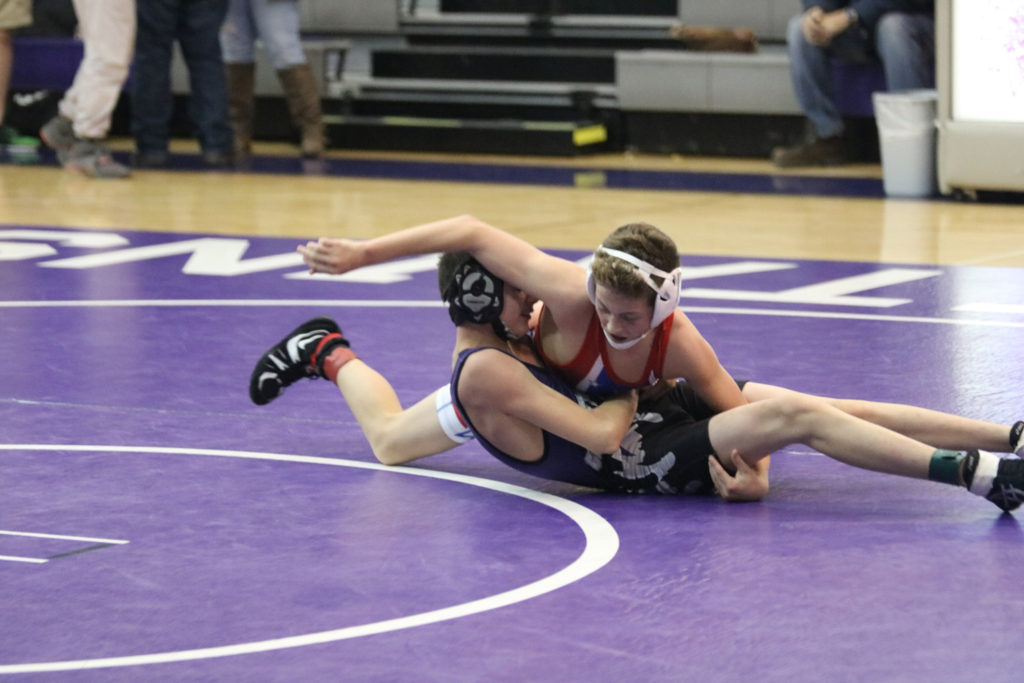 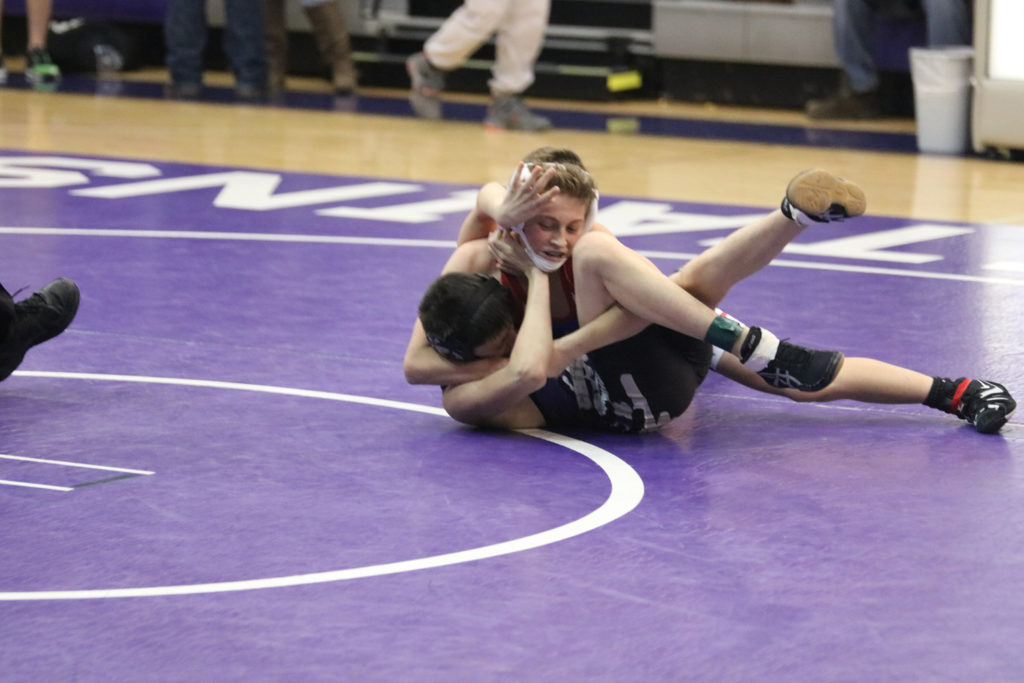 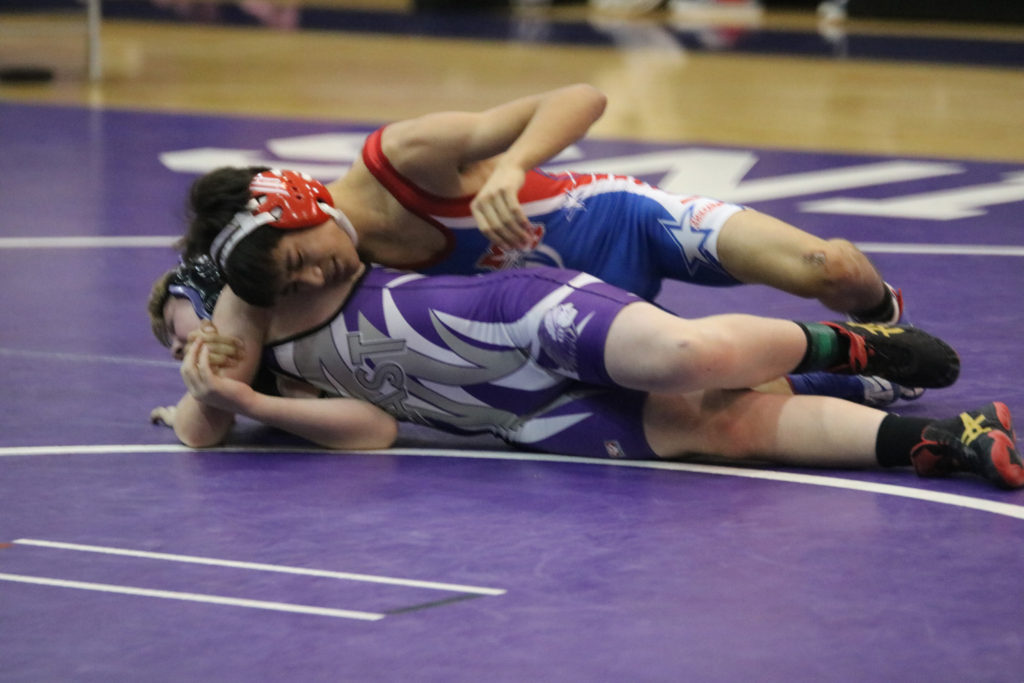 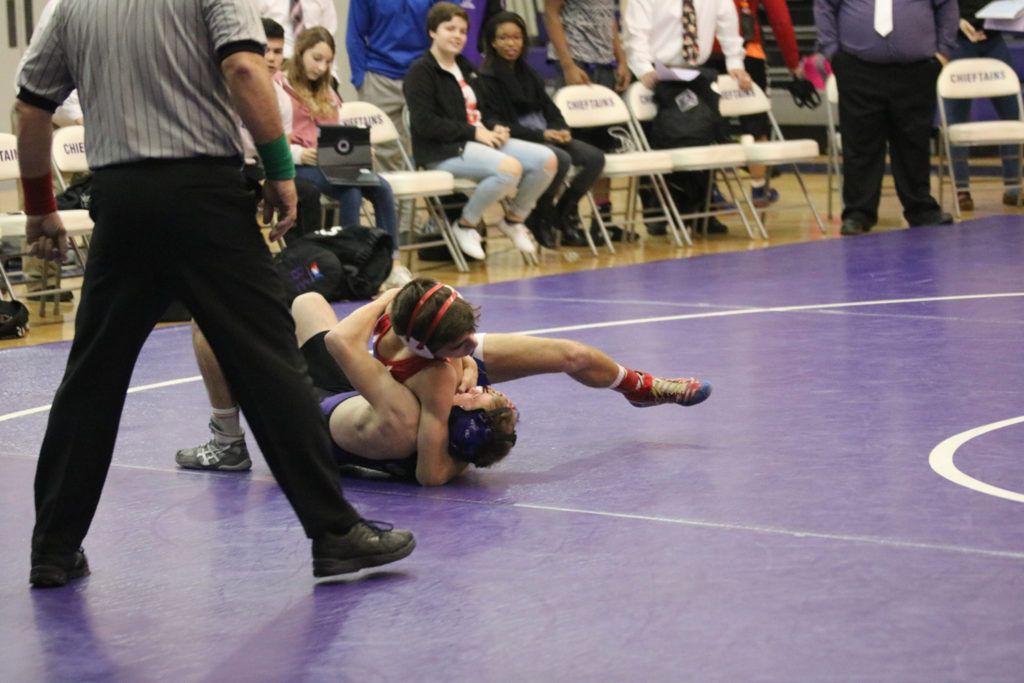 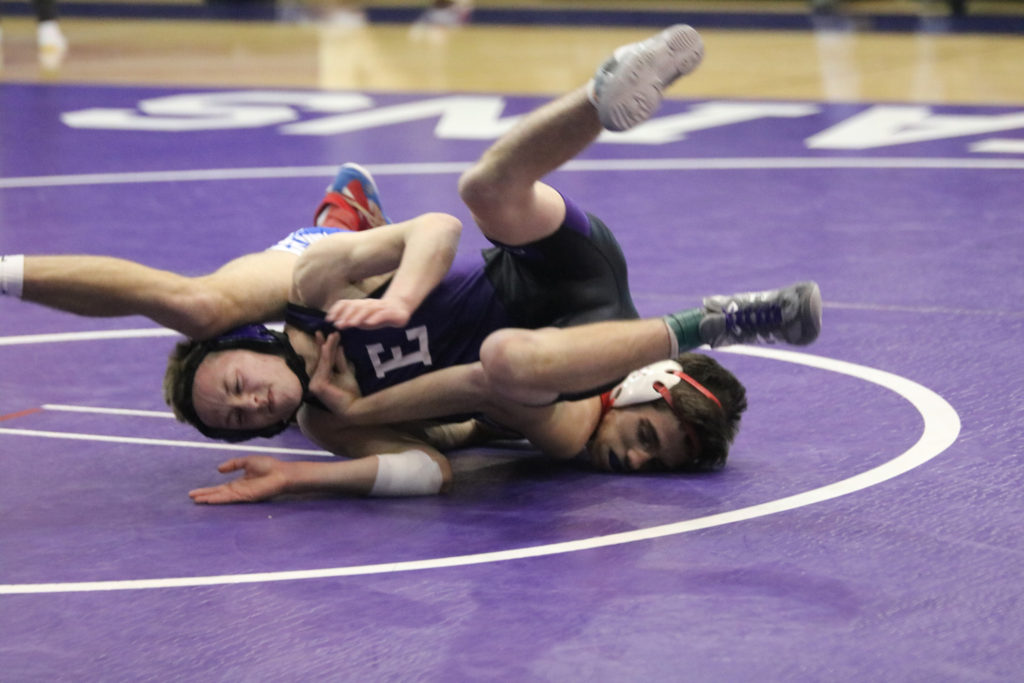 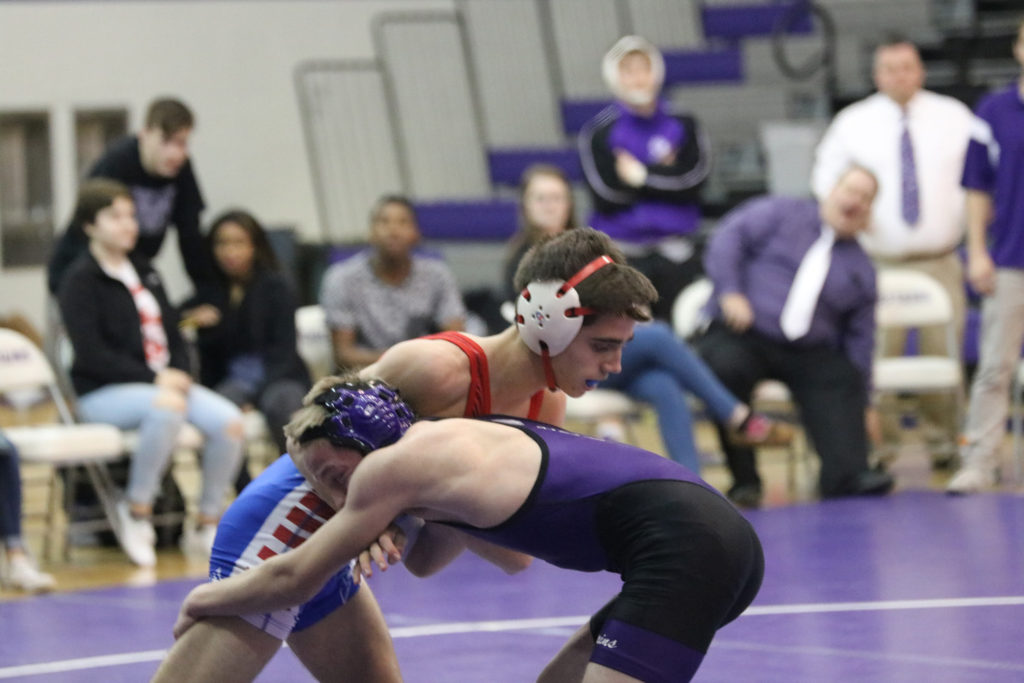 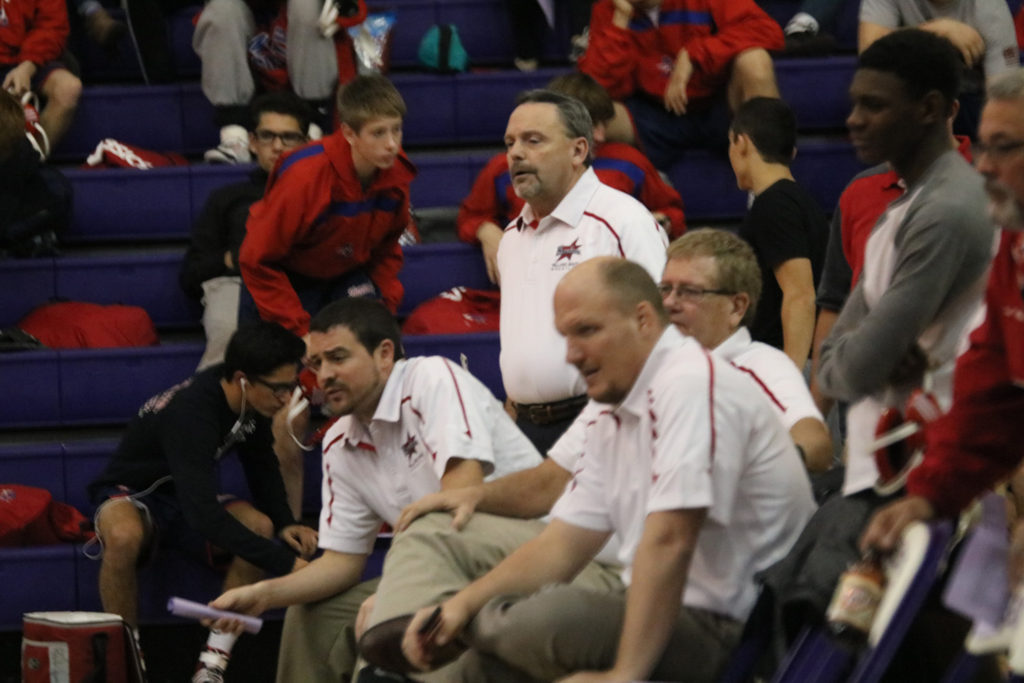 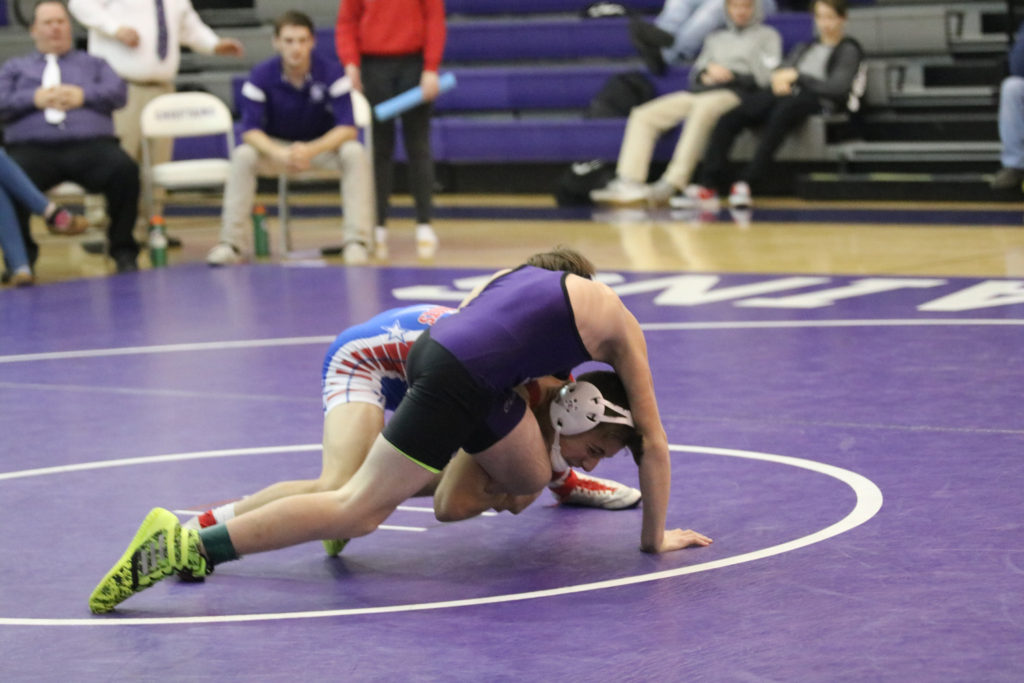 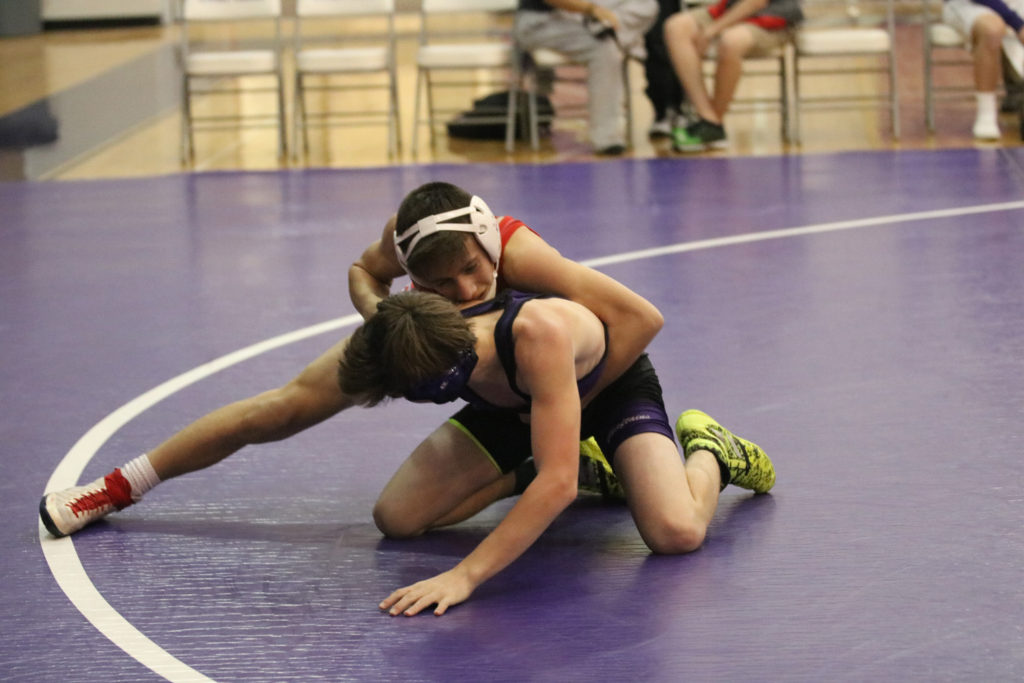