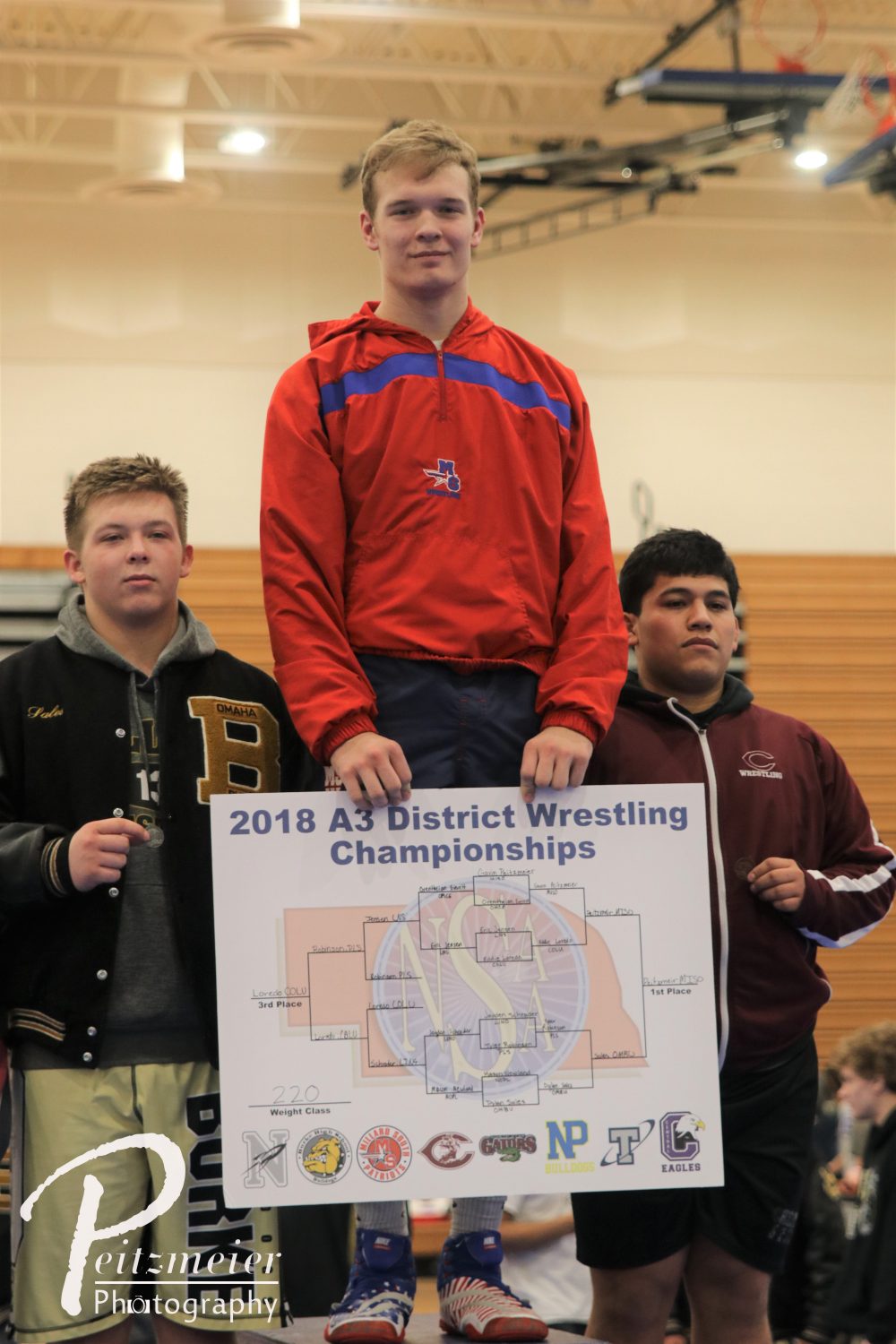 On Saturday, February 10th, 2018, the Patriots traveled to North Platte for districts A-3.  In what would prove to be the toughest of the four districts, A-3 had 5 teams ranked in the top 10 of the team rankings.

Wrestling down a man because of an illness, the Patriots were able to push 11 wrestlers through to the State tournament in Omaha at the CenturyLink Center on February 15th-17th.  Coach Olson had this so to say before the tournament about his starting 138 pounder, “Losing Blake [Smith] to an illness was terrible news.  He has worked so hard this year, and it was very sad that he couldn’t make the trip with the team.  He definitely would have scored so bonus points for our team!”

Coach Meneely was pleased with the seeds before wrestling began.  “I knew that it was going to be tough for Alex [Vacha] to punch his ticket to State coming from the 4th seed because we have had some tough battles with the Burke kid.  Everyone else had a favorable draw to earn a spot in the State tournament.”

After losing some close matches, that could have gone either way, the Patriots ended up in 3rd place as a team and finished with 11 qualifiers – 1 behind team champion, Columbus.  “Columbus wrestled very well today,” Coach Olson said.  “Their coach really has done a great job getting them ready to compete.  I was really hoping to catch Burke in the team race, but they won a few more close matches than we did.”

Although being disappointed in the final team standings, Coach Meneely was more than pleased with how the team performed.  “Being in the toughest district in the State, I was really happy to put 5 guys in the finals, and bring 6 more through the back side.  Gavin and Garett really stepped up to win a district Championship!  Blake and Isaac were 1 move away from winning their own district Championship.”