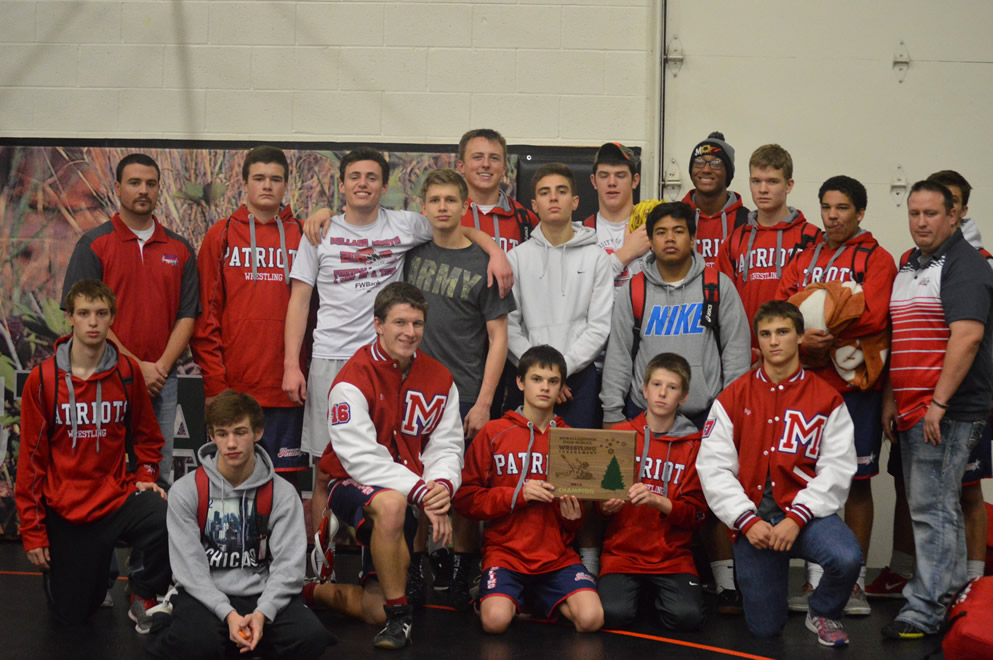 Howells-Dodge Invitational 2015 On Saturday, December 5th, 2015, the JV Patriots attended the Howells-Dodge Varsity Invite. The tournament featured 11 Varsity teams from Class C and D schools. The round-robin pool play tournament allowed almost everyone to wrestle 5 matches on the day, which is a great opening weekend tournament for the Patriots!

The experienced JV team had little trouble running through the tournament and scoring 197 points. Of the 13 point scorers on the team, all 13 were able to place in the top 5 in their respective weight classes. Multiple wrestlers were able to win their bracket. Alex Vacha, Caleb Witcher, Ricky Hayden, and Brooke Crinklaw all were able to win the Gold medal. Vacha and Witcher managed to pin all of their opponents! The Patriots were able to do a lot of things well in this tournament.

The Patriots ability to pin shined brightly throughout the day. The 17 Patriot wrestlers were able to record 40 pins on the day. Wakefield had the second most pins with 23. There was also no quit in the Patriots. A few wrestlers were able to come from behind to win or pin after being behind in the match. Brooke Crinklaw is becoming the MASTER of pinning people after getting caught on his back. In his fourth match, Brooke got caught on his back, but never stopped fighting. He managed to reverse the St. Mary’s wrestler after being down by 8 points and recorded a pin with 30 seconds left in the period!